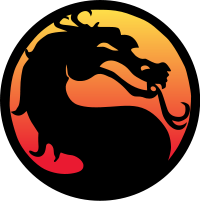 Remember a while ago when Mortal Kombat: Rebirth showed up on the Internet?

Well now Deadline is reporting that the guy that made those, Kevin Tancheroen is going to be directing a full movie based on the video game franchise, which very well might be the one video game that fans actually want a movie version of.

It may seem strange that Tancheroen who recently directed the Glee 3D movie, would be directing such a potentially violent film.

Actually it’s the perfect choice if you think about it.

Tancheroen directed the eight-minute short Mortal Kombat: Rebirth which became very popular on the Internet. Though Warner Games initially sought to shut him down, but then realizing how popular it was they hired him to create a 10-episode Web series called Mortal Kombat: Legacy. The series was written by Oren Uziel who will also write the movie .

The original Mortal Kombat movie premiered in 1995 with a sequel following in 1997 called Mortal Kombat: Annihilation. While there is certainly going to be a lot of fighting in the movie, the actual details of the story are still very under wraps.

In this article:Movie News, Video Games/MMOG, Written by Brendan O'Connell