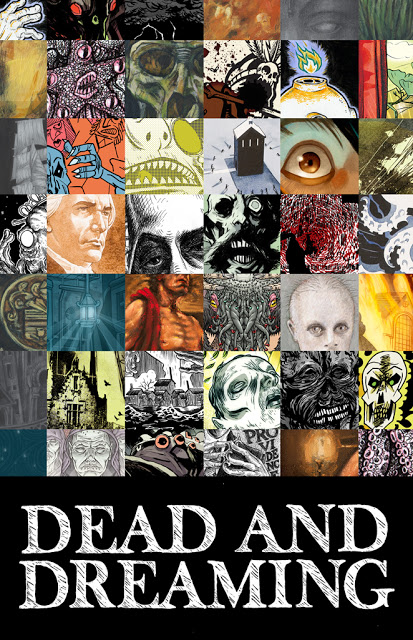 It’s pretty hard not to recognize the influence of H.P. Lovecraft on popular culture, and Philadelphia’s Paradigm Gallery is making sure that everyone’s aware of it.

From September 30th through October 21st, twenty artists are combining their talents to a singular theme, Lovecraft, in a gallery show that should be as inspiring as the writer himself.

Organized by The Autumn Society, the show kicks off with an Opening Reception on September 30th, from 6-10pm at 2020 South Street.  For more details, check out The Autumn Society and Paradigm Gallery websites.
Press release after the jump. 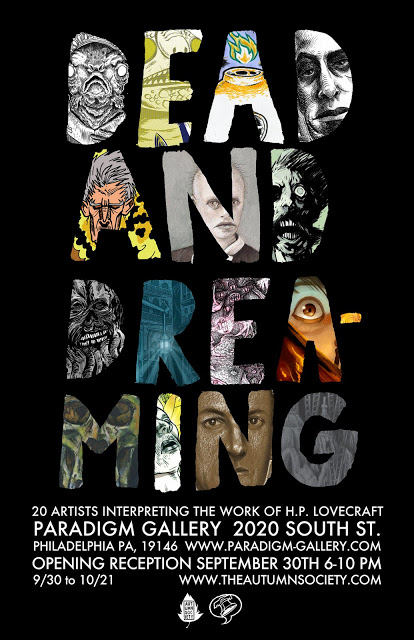 Howard Phillips Lovecraft (1890-1937), American author of horror, science fiction, and fantasy, has had an immense impact on the artistically inclined since he put pen to paper. It is obvious why artists who dabble in dark and macabre imagery have been touched by Lovecraft’s brand of New England terror for decades. Often thought of as verbose, Lovecraft’s long, in depth descriptions of architecture, landscapes, horrible flora and debased fauna verbally paint a picture almost as vivid as an artists rendering.  These detailed descriptions in Lovecraft’s work truly make the reader see each tentacle, tooth, wing, and membranous head that stalks his writing.

And like the dreams dictating the artist’s hand creating a bas-relief of clay in the Call of Cthulhu, or the humanesque daemon photo-reference in Pickman’s model, one almost feels possessed, a strong urge to dip a pen in ink and illustrate the evil that is so thoroughly described in each story.  And that is what artists have been doing since the publishing of Lovecraft’s work. In re-printed volumes, personal sketch books, mythos inspired film, games, and writing, Lovecraft’s work takes on almost a second life, a horrible re-birth by the hands of hundreds of artists worldwide, carrying on Lovecraft’s legacy, weather for print or pure pleasure, they keep the green, noxious flame burning in some burrow, tomb, or cyclopean vista just beyond the wall of sleep.

This coming autumn, 20 artists depicting the stories and characters of H.P. Lovecraft will stoke that flame at Paradigm Gallery in the exhibit ‘Dead and Dreaming’. The artwork from this show will be collected in a volume also titled ‘Dead and Dreaming’, available at the gallery and online.