I’m sure I’m not the only one who did a major double take when I saw the box office report report yesterday morning declare The Lion King #1 with nearly $30 Million Dollars. 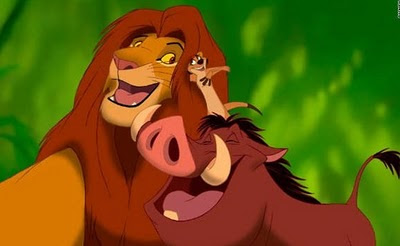 In fact, I’m sure Disney ramped up their desire to re-release more animated classics converted to 3D.

And you know what? For once, I’m totally fine with this.


Back before the VCR, the DVD player and way way before the 3D Blu-ray releases, it was a grand tradition for Walt Disney Studios to re-release their animated films to movie theaters, usually aimed at new generations that missed them the first time around. You (and your parents) looked forward to these re-releases because there was simply no other way to see them.

But the Disney theatrical re-releases in recent years have been few and far between, and a lot of it has to do with the revised business model of “vaulting” the features for home video circulation every generation.

The Lion King has been the gift that keeps on giving for Disney, so it’s no surprise they’ve hit payday again with a theatrical re-release. In 2002, the film was retrofitted for IMAX and took in another $15.7 million.

What’s more amazing is after a number of VHS and DVD releases, which has made the film the biggest selling home video title in the US and raked in $1.5 billion in revenue, people are still checking out the movie in theaters (and pre-ordering the re-release on DVD and premiere Blu-ray in October).

And those people this past weekend were not just families introducing their little ones to Simba and company. According to box-office reports, a large amount of the moviegoers this past weekend (me included) were couples and young people without children who “saw the film simply for nostalgic reasons.”

Best yet, Lion King has put a positive spin on retrofitted 3D, which has been dragged down lately by bad attempts and overpriced tickets. Critics and audiences have embraced the technology retrofit, and Disney’s already talking about going as far back as Snow White for a 3D re-release.