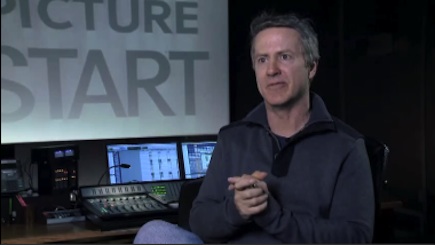 This month, Anchor Bay released The Howling Reborn, a reboot of the werewolf franchise.

FOG! spoke with writer/director Joe Nimziki about his take on cinematic lycanthropes, practical vs. CGI effects, his favorite werewolf movies and more after the jump.

Your film is the first Howling in twenty years.  Do you think yours has more in common with the original film, or with newer interpretations of cinematic lycanthropes such as the Twilight or Underworld series?

Well, considering it’s more of a stand alone, original story… I’m not sure it has too much in common with any of the above. I definitely tipped my cap several times to the original Howling, which was a very important chapter in cinematic lycanthrope history. Some may think our film is similar to Twilight in the sense there’s a love story, but when they see the film they’ll get how different the movies are (and it’s worth noting I wrote and registered this script before there ever was a “Twilight”). It’s definitely different than Underworld in the sense these are real people in a modern day, real city and old school werewolves (not CGI) come in and cause and havoc. 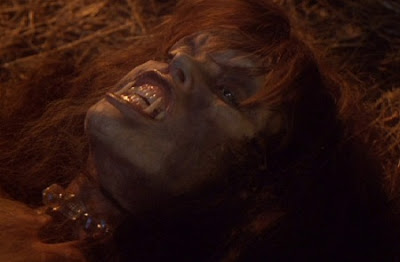 How did you become involved with the project?

I was approached by the producer to write and direct it. When he said he wanted something original that could be whatever story I wanted to tell to reboot The Howling brand, I was in.

You’ve been in the industry for over two decades often working on trailers, as an executive and movie doctor.  What are the challenges of crafting a film from beginning to end rather than being in a position to “fix what’s broke?”

Well, my experience definitely helped me head off many potential land mines along the way, but lots of things still get broke that you have no control over even when you’re on a project from the beginning. Shooting days get cut in half, weather costs you a few more days, your lead actors eye infection cost you a couple more days, etc. You’re just picking up as many good pieces as you can and trying to figure out the best way to put them together at the end. There was so much in the original script that, due to the above issues and more, was never shot, and what we did shoot had to be done fast (usually a take or two and out). But the experience helped me make something new out of what we had, and our film played great at our research screening and the early reaction has been strong… so I think it really shows that with enough energy and effort you can often find solutions to the many problems the filmmaking process inherently hands you before, during and after production. 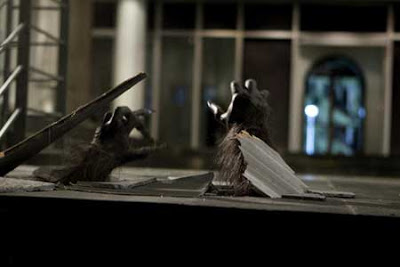 All of the film’s effects were practical, rather than CGI.  Was this a creative decision on your end?

Yes. Obviously budget helped us come to the non-CGI route, but more importantly, it was a creative decision as I wanted to go a little old school (like the groundbreaking original Howling) with the creatures as the modern CGI ones seem kind of un-real and video gamey to me. It was always important to me that the world of our movie was real people, in a real high school in a real city, under siege by “real” monsters… and I think doing everything practical really contributes to that sense.

Wow, way too many to say. I’ve had the pleasure of working with so many amazing filmmakers over the years (Scorsese, Nichols, Coppola, etc.) that I’m sure I’ve picked up little things from all of them along the way.

What are your three favorite werewolf movies and why?

My favorite is American Werewolf in London. I love the way it combines humor and scares and characters you care about. The original Howling is definitely mention worthy as it was the first film with a great transformation and had some interesting things to say about the human condition. I also enjoyed Wolf, not for the “werewolves” but because of the smart script and performances.

Do you have your next film lined up and would you want to do another Howling if the opportunity were there?

I’ve got two projects I’m finishing up the script for and I think one of them will be next. One is an ode to the 70’s action film called “The Sinisters” and the other is a comedy called “Love On Trial”. And yes, I’d love to pick up were we left off with the characters in The Howling Reborn and tell the next chapter, which I actually think is a bigger and better story than the first one.

Let’s see. I really love our music in The Howling and am continuing to listen to a lot of the bands (The Damnwells, Griffin House, Eugene Edwards, etc.). Now that Lost is over, our favorite TV show with the kids is Modern Family and without the kids is Mad Men. I’m reading Roger Ebert’s “Life Itself” at the moment. I’ve been so busy doing press for the film I haven’t been able to go see a film for a little while… the last one was Moneyball which I really enjoyed (the book as well). 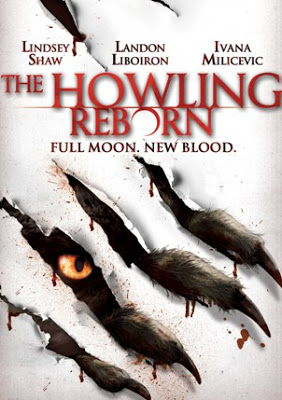 The Howling Reborn is now available on DVD & Blu-ray