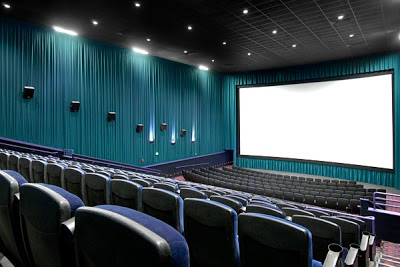 It’s officially Fall, and as we head toward Halloween, I can’t help but get slightly optimistic regarding the upcoming film releases.

Since films qualify for Academy Award consideration until the end of the year, most studios tend to schedule their better releases so that they will remain fresh in voters minds.

There’s no way to accurately predict what’s actually going to be great, if I knew that I’d play online bingo often.

Fortunately this season features work by a number of my favorite filmmakers including Spielberg, Peter Jackson, Clint Eastwood, Cameron Crowe, and Martin Scorsese.

After the jump, check out the five upcoming fall releases that I’m most looking forward to that weren’t directed by the filmmakers above.

Director Brad Bird and Producer J.J. Abrams bring us the action packed, entertainment event of the holiday season with MISSION: IMPOSSIBLE – GHOST PROTOCOL. This is not just another mission. The IMF is shut down when it’s implicated in a global terrorist bombing plot. Ghost Protocol is initiated and Ethan Hunt and his rogue new team must go undercover to clear their organization’s name. No help, no contact, off the grid. You have never seen a mission grittier and more intense than this.

From Alexander Payne, the creator of the Oscar-winning SIDEWAYS, set in Hawaii, THE DESCENDANTS is a sometimes humorous, sometimes tragic journey for Matt King (George Clooney) an indifferent husband and father of two girls, who is forced to re-examine his past and embrace his future when his wife suffers a boating accident off of Waikiki. The event leads to a rapprochement with his young daughters while Matt wrestles with a decision to sell the family’s land handed down from Hawaiian royalty and missionaries.

THE GIRL WITH THE DRAGON TATTOO is the first film in Columbia Pictures’ three-picture adaptation of Stieg Larsson’s literary blockbuster The Millennium Trilogy. Directed by David Fincher and starring Daniel Craig and Rooney Mara, the film is based on the first novel in the trilogy, which altogether have sold 50 million copies in 46 countries and become a worldwide phenomenon. The screenplay is by Steven Zaillian.

When Will Salas is falsely accused of murder, he must figure out a way to bring down a system where time is money – literally – enabling the wealthy to live forever while the poor, like Will, have to beg, borrow, and steal enough minutes to make it through another day.

Academy Award® winner Charlize Theron plays Mavis Gary, a writer of teen literature who returns to her small hometown to relive her glory days and attempt to reclaim her happily married high school sweetheart (Patrick Wilson). When returning home proves more difficult than she thought, Mavis forms an unusual bond with a former classmate (Patton Oswalt) who hasn’t quite gotten over high school, either.