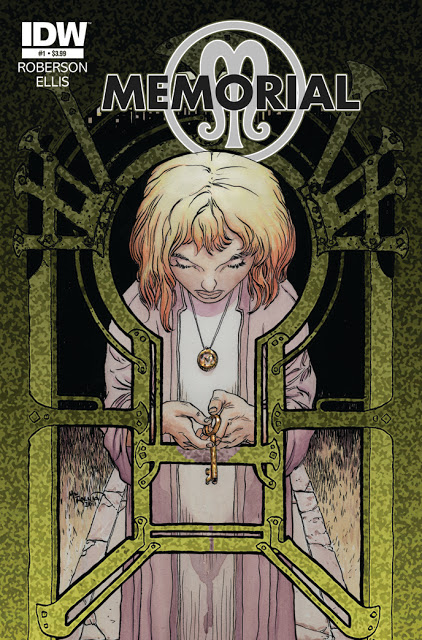 Starting in December, Memorial is the story of Em, a young woman who arrives at a hospital in Portland, Oregon, with no memory of her past. A year later, her newly-rebuilt life is thrown into turmoil after she inherits a magical shop, the kind that appears in an alley one instant and disappears the next. Em is drawn into a supernatural conflict between beings that not only represent, but are, fundamental elements of the universe itself. All of existence is at stake, so there’s only a little pressure on Em, the magical shop, and a talking cat.

This six issue story features art by Rich Ellis, with covers by the legendary Michael WM Kaluta.  Readers can find an eleven-page preview in selected IDW comics this month, or check it out after the jump.