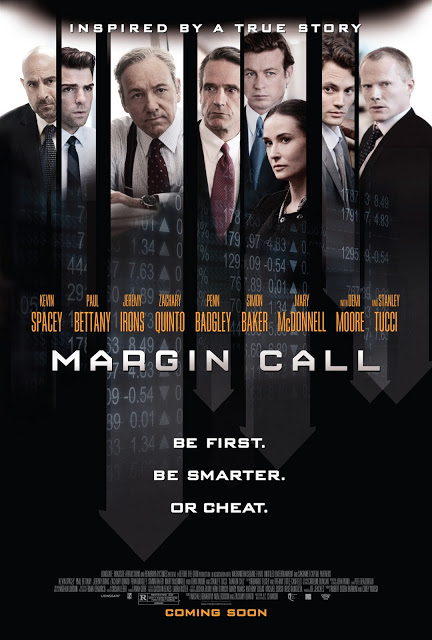 Margin Call is the best horror film in recent memory.

Taking place during a twenty four hour period beginning with a downsizing of an investment firm and ending with the first steps toward the 2008 financial collapse.

Analyst Eric Dale (Tucci) is laid off in the opening moments of the film, handing off a flash drive to his protege, Peter Sullivan (Quinto) with the warning “be careful.”   Under the advisement of supervisor Will Emerson (Bettany), to “keep his head down” during the firings, Sullivan finishes Dale’s risk assessment, discovering the crash before it happens.  As members of the firm (Moore, Baker and Spacey) assemble with it’s CEO (Irons) to discuss their next move, it becomes obvious that it’s every man for themselves.

Irons’ John Tuld declares, ” There are three ways to make a living in this business. Be first, be smarter, or cheat.  And I don’t cheat.”

But does he?  Is he smarter to protect himself and the firm at the expense of millions of people?  As Spacey’s Rogers tells Tuld, “You’re selling something that you know has no value.”  What he’s doing isn’t right, but is it better to be first?

The film also features terrific performances all around.  Spacey, Irons, Bettany and Baker all deliver some of their best work in recent memory and Moore, as the lone woman in the mix who has put aside a family for career only to become a corporate scapegoat, is excellent.  Tucci is as good as ever and co-star/producer Quinto quickly makes you forget Spock and Sylar as the junior analyst suddenly thrust into the limelight.  Mary McDonnell and Penn Badgley are also memorable in their supporting roles.

Margin Call is hardly sympathetic, but there are sympathetic characters.   First time writer/director J.C. Chandor has crafted a timely, smart and memorable film and is a must see for everyone.  Highly recommended. 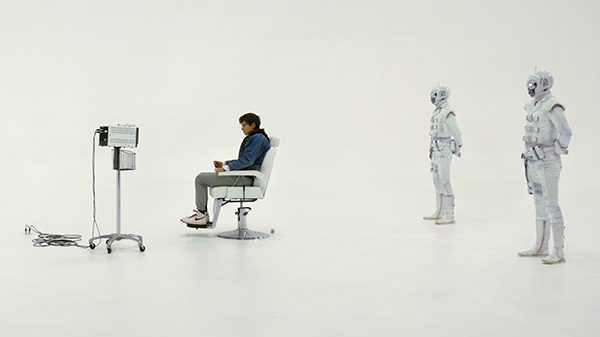 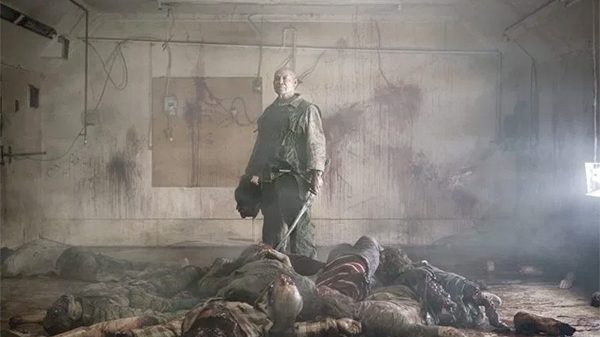