“All things entail rising and falling timing. You must be able to discern this.”
–Miyamoto Musashi

What does timing signify in film, and what constitutes a disaster?

Obviously the studios bank on certain kinds of 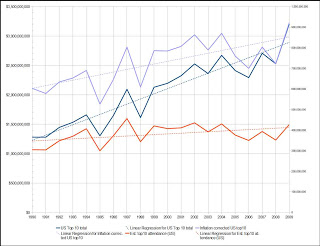 films at specific intervals during the year. Christmas films released before Halloween or after New Year’s Day don’t perform, horror films do exceptionally well after the summer, blockbusters are timed with kids being out of school, Oscar hopefuls flood the award season cut-off month of December and most films released in January are horseshit. But indie cinema knows no easy schedule. And clearly if things were so cut and dry (even at the Majors), all films would succeed, there’d be no need for marketing, and this weekly column might undergo a slight spelling change to address the pros and cons of honey-brewed malts (wait for it, wait for it –get it yet?), but I digress…

Looking at the upcoming Fall release schedule I’ve noticed more than a few anomalies. The films I’ve come to expect at this time of year are changing. Is this a sign of the end of times?

With independent films, the release schedules are often timed either to avoid going head to head with big studio films or to catch the run-off box office that event films generate. In other words, it can be a good idea to release a small, thought-provoking drama on the same opening weekend as a big budget action film, because the buzz of simply going to the movies is high even among people who don’t want to see a popcorn movie. As one film sells out the theater, another film picks up an accidental audience.

But before go much further there’s something I feel the need to clarify: the term “independent film” is something of a hoax. Most films classified as “independent” are not really outside the studio system at all. There are a handful of films out of the hundreds released theatrically each year that are financed independently without any oversight from a smaller division of a major studio. And if any of those films makes more than two million dollars at the box office, it hits the front page of Variety. And most of the films that are financed with 401k plans and the money of friends, relatives and foolish credit union loan officers are purchased at a significant discount by these other studios. Even veteran filmmakers who are perhaps more able to put large sums of their own money into less commercial projects generally end up selling short in hopes of earning a large back end that never materializes.

So for the sake of simple clarification, we’ll pretend all those films that actually win Independent Spirit Awards aren’t released by Focus (a division of Universal), Searchlight (a division of Fox), Fineline (a division of New Line), or Miramax (Disney). We’ll also pretend that Lionsgate, Magnolia, and Summit aren’t huge companies that employ hundreds if not thousands of people. So when I reference “Independent films” henceforth, please realize that I’m not only talking about documentaries you’ve never heard of, or unfunny comedies starring nobody you recognize, or micro-budget gorefests that are more humorous than frightening; I’m using the term as a sort of low-expectation blanket that Hollywood has saddled on films with a principle photography budget below ten million dollars.

As we enter October, I see a metaphorical parallel in the types of films on the arthouse roster. It seems like the majority of the independent films are about men approaching the autumn of their years. I can recognize these things no because I’m about to turn 40 myself in two weeks. Not that these films speak to me, but the trailers have become something of an embarrassment to me lately. I feel like I’m being marketed to by people who just don’t get me. Every 80s song has been re-purposed into a film title that doesn’t capture the essence of the original source meme.

In the unusual director choices sweepstakes, Steven Spielberg appears to be running uncontested by having two major, blockbuster films going head-to-head against each other at the same time. His Tin Tin will open four days before his War Horse debuts on Christmas Day. If A.I. was Spielberg doing Stanley Kubrick, War Horse appears to be Spielberg doing Anthony Minghella, with an obvious tip of the hat to pal Francis Ford Coppola who was as old as I am now when he released The Black Stallion (albeit in a producer’s capacity) on my 8th birthday during his post Apocalypse Now glow.

There has also been an awkward (in a good way) collection of films about young people dealing with death. 50/50 just opened, starring Joseph Gordon Levitt as a twenty-something diagnosed with possibly terminal cancer, and in a few short weeks, Norman, starring Dan Bird as a teen experiencing first love as his father succumbs to terminal cancer will fight to find the male version of the Juno demographic. As a marketing guy I can’t help but think that the timing of these films is supposed to serve as a sort of preparation for 2012 mania. Do the studio chiefs really think the world is going to end? And are these films supposed to cushion that blow? Are we being prepared for death with films that address it in such a poignant way? While thinking like that might sound weird on the surface, it’s necessary to understand that films sometimes sit unreleased on the shelf for years. These films were selected for release at this particular time. These are autumn releases. Are they meant to be indicative of our autumn as a race? That’s probably a stretch, but for all the talk about Hollywood being liberal, all the marketing has been consistently conservative, so whether or not you believe the end of the word is coming, it’s very possible that the studios see an end of sorts coming.

Of course it’s likely the end of the studio system as we know it. That doesn’t mean the studios are going away, necessarily, or that a new renaissance for independent films is on the way, but the formats are changing. Filmmakers are reaching the public directly online, and the probable outcome is that the gap between huge budget and micro budget will widen just as the gap between wealthy and poor has widened. The very low budget films may gain the voice long ago lost by the mavericks of the 60s and 70s in a way that will address life as he majority of us know it. And if that gap gets wide enough, the survival of the blockbuster will be challenged.

I saw the collapse of the video market first hand half a decade ago. It didn’t die completely, and few things manufactured by man do. There hasn’t been a catastrophe of that scale in the motion picture theatrical business yet, and maybe Christmas 2012 we’ll all stand witness to that. If this is the information age, wouldn’t a grand scale disaster within the delivery of information itself warrant recognition? Could that be the Last Wave on the horizon instead of a physical or ecological catastrophe?