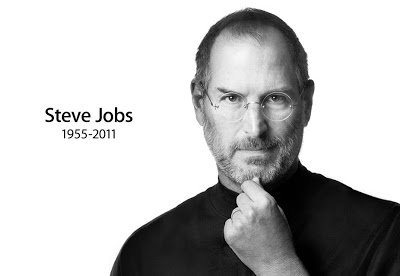 The Wall Street Journal has reported that Apple has announced that visionary Steve Jobs has died.

Throughout his long career and too short life Jobs also served as chief executive of Pixar Animation Studios and was also a member of The Walt Disney Company’s board of directors.

On August 24, 2011, Jobs announced his resignation from his role as Apple’s CEO.

According to Wikipedia, Jobs is listed as either primary inventor or co-inventor in 338 US patents or patent applications related to a range of technologies from actual computer and portable devices to user interfaces (including touch-based), speakers, keyboards, power adapters, staircases, clasps, sleeves, lanyards and packages”

Steve Jobs was known for his both his charisma and persuasive personality and and his reach and influence on the modern world are as broad as those of both Thomas Edison and Henry Ford.