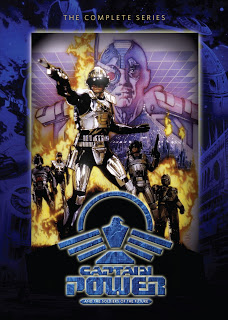 Earth, 2147.
The legacy of the Metal Wars, where man fought machines—and machines won.
Bio-Dreads—monstrous creations that hunt down human survivors…and digitize them.
Volcania, center of the Bio-Dread Empire; stronghold and fortress of Lord Dread, feared ruler of this new order.
But from the fires of the Metal Wars arose a new breed of warrior, born and trained to bring down Lord Dread and his Bio-Dread Empire.
They were “Soldiers Of The Future”–mankind’s last hope.
Their leader–Captain Jonathan Power, master of the incredible Power Suits, which transform each soldier into a one-man attack force.
Major Matthew ‘Hawk’ Masterson, fighter in the skies.
Lieutenant Michael ‘Tank’ Ellis, ground assault unit.
Sergeant Robert ‘Scout’ Baker, espionage and communications.
And Corporal Jennifer ‘Pilot’ Chase, tactical systems expert.
Together they form the most powerful fighting force in Earth’s history.
Their creed: to protect all life. Their promise: to end Lord Dread’s rule.
Their name: Captain Power And The Soldiers Of The Future!

And now, Gary Goddard Entertainment is finally bringing the complete Captain Power And The Soldiers Of The Future to DVD!

On December 6th, the complete Captain Power series and the complete Skeleton Warriors series will be available on DVD.

Captain Power was the first TV series to integrate live action, CGI, and interactive effects back in 1987-88.  The show only had one complete season before vanishing into the ether, and special features producer/director Roger Lay Jr. (Ray Bradbury’s Chrysalis, Toy Masters) had to dig through film vaults in Canada, California, and New Jersey to track down all the original master tapes for this DVD set.
Captain Power had tremendous production value, backed by Mattel at a cost rumored to be nearly one million dollars an episode! The show created quite a controversy in its day, for its depiction of a world subjugated by mechanized machines of war, and for killing off one of its beloved cast members, (not something you ordinarily see in children’s television).  The 4-DVD set comes loaded with special features including a new documentary, Out Of The Ashes: The Making Of Captain Power by producer/director Roger Lay Jr.

The Skeleton Warriors animated cartoon series will be released the same day.  Skeleton baddies, undead soldiers, arachnid like creatures, and a sultry skeleton seductress all bent on destroying Prince Light star and The Legion of Light, defenders of the planet Luminaire!

This two DVD set will also feature a documentary, Bad to the Bone: The Making of Skeleton Warriors. 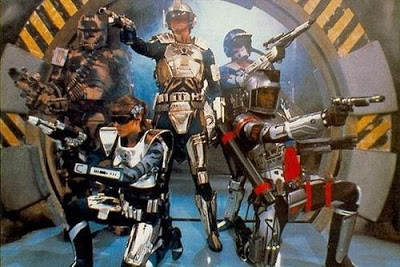