It’s that time of year, so I thought I’d share what Geek Tech I’m most thankful for in 2011.

The list includes technology that has proven to be reliable and essential for me.

As well as enjoyable. 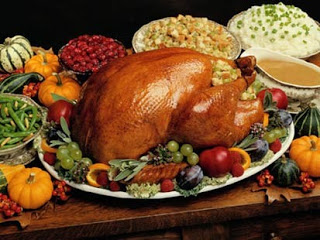 Cheap RAM
Computer memory has never been cheaper. It’s astonishing how cheap RAM is these days. Extra RAM is one of the #1 things you can do to increase the performance of your PC, and to be able to double and even quadruple that amount of RAM in your machine with very little cost is one of the reasons that OS X and Windows 7 have become such smooth experiences.

Solid State Hard Drives
Solid state hard drives are becoming cheaper and more prevalent. My Macbook Air has a 256GB SSD. It’s is lightning fast and has no moving parts. Eventually, before we know it, the price-per-capacity of SSD drives will match their mechanical counterparts and there will be no turning back.

Netflix
Netlifx has been getting a lot of heat lately for a bunch of reasons. They’ve had frustrating outages. They raised their rates, and announced they’d be splitting their DVD rentals from their streaming service. But then bactracked on that after subscriber outrage. They are losing money, looking for cash injections, and they’ve admitted they don’t think they’ll turn a profit at all in 2012. However, Netflix still provides an amazing service. Both my disc and streaming queues have are filled to the max with content that I’m looking forward to watching. They don’t have every title, but they have an enormous selection. I’ve discovered great films, and been able to dive into TV shows that I’ve missed over the years. Netflix is still wonderful in my opinion.

Playstation 3
My Playstation 3 is the media hub of my house. I can copy video files to it from my main PC. I can access Netflix, Hulu Plus, and Vudu. It’s a great Blu-ray player, and it’s upscaling of regular definition DVDs is astonishing and crisp. And on top of it all, it is of course a great gaming machine. I really can’t imagine my digital life without my PS3.

Windows 7
Windows 7 has been out for some time, and I’ve heaped praise upon it before, but it’s worth another mention. I prefer OS X, but OS X will only legitinately run on Apple hardware. I have a beast of a Dell workstation at home, and Windows 7 is the perfect OS for it. I previously ran Linux, but there simply were too many Windows-only apps that I needed. Windows 7 has been smooth and reliable for me for over a year a now. It seems the old days of Windows frustration and angst are a distant memory.

Apple
Let’s face it, Apple is on a roll. My entire tech life right now revolves around my brand new Macbook Air and my iPhone 4. The are essential to my day job, and I can’t live without them. My Apple TV and iPad round out the array of Apple tech that I use daily. The iPhone is rock solid, OS X is phenomenal, and Apple’s latest Macbook Air is a minimalist dream. Apple is doing everything right lately. Steve Jobs is gone, but it’s hard to imagine Apple going astray anytime soon from the path he set them on.