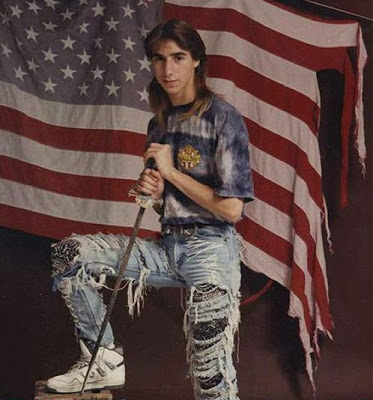 When a friend of mine sent me this video I was prepared to dismiss it as one of those boring YouTube videos that people make for no apparent reason and then upload it to webiverse hoping that someone gives it enough likes to make it viral.

But then something strange happened.

The video morphed into something incredibly weird and made me want to share it with the world.

You see, it would be a simple enough video if it weren’t for the following things that, if they were on their own,  wouldn’t matter much, but put them all together and you have the makings of a perplexing and strangely hypnotic video.

Here’s the mix: a blond girl nonchalantly dancing to techno music with a sword, an incredibly huge boom box, a strangely non-moving grandma in a chair watching while drinking a beer and sporting a pair of Blublocker sunglasses, a geeky dude emerging through a sliding glass door, synchronized dancing with swords and a butterfly-knife…I could go on but really, you just have to see it for yourself to appreciate it.

In this article:Performing Arts, Watch This