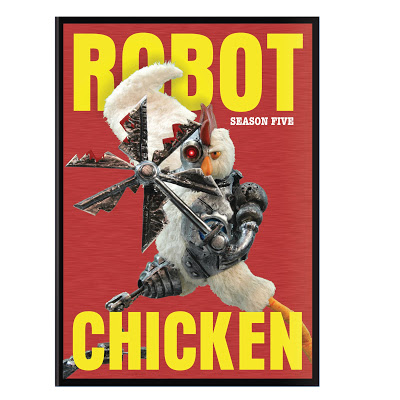 Robot Chicken fans will love the slew of bonus material featured on Robot Chicken Season 5 DVD and Blu-ray including:

Additionally, the Robot Chicken Season 5 Blu-ray will exclusively feature alternate audio takes from various sketches throughout the fifth season, while the DVD will be the only place fans can download an exclusive, uncensored version of the “Blue Rabbits” song.

And we’re giving away three copies of the DVD to Forces of Geek readers!


To enter, please send an email with the subject header “ROBOT CHICKEN” to geekcontest @ gmail dot com and answer the following question:

In addition to his work on Robot Chicken, Seth Green also voices Chris Griffin on which Fox animated series?