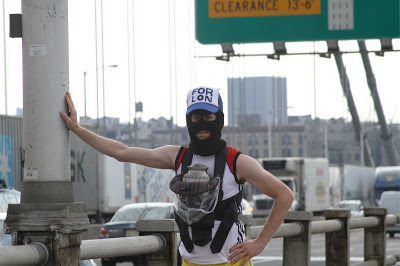 Do you typically get the post-holiday blues after “the most wonderful time of the year” has passed? Well that won’t happen next year, when “Jon” and the family make their DVD debut on January 17 with the Adult Swim release of Delocated! Seasons 1 & 2. Shortly following the release of the two-disc DVD set, the series’ third season will premiere on Adult Swim in February 2012.

Lauded by The Associated Press as, “The most outrageous stab at mockumentaries,” this hilarious live-action series follows a man in the witness protection program who has been given his own reality show. 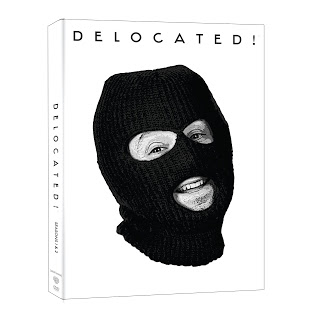 After testifying against the Russian Mafia, “Jon” and his family are uprooted and start living undercover. While quietly living in an anonymous suburb, “Jon” accepts an offer for the family to participate in a reality show based on their lives, and they move to New York. However, in order to protect their identities with television audiences-and more importantly, the Russian Mafia-they wear ski masks and have their voices surgically disguised. The first season of Delocated! finds “Jon,” “Susan,” “David,” and their federal agent Mike dealing with divorce, friendship, falling in love, and becoming an honorary black man, while, in season two, a new government program is instituted to help protect “Jon”. Surprisingly a mole is discovered in the witness protection decoy program and “Jon” is pushed to the brink in a shocking turn of events.

The two-disc release of Delocated! Seasons 1 & 2 contains 19 episodes of countless awkward and hysterical moments from “Jon” and his family, with loads of additional features such as deleted scenes, outtakes, flip books, demos and commentaries.