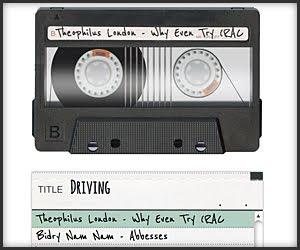 I’ve probably said this before but it bears repeating: If you were alive and conscious of cassette tapes in the 80s then you were probably the creator of a mixtape that explained, in musical detail, the very depth of your soul. And you conveyed these feelings by handing this tape to another person to listen to so that they would know exactly how very deep a human being you were.

A mixtape was more than simply two pieces of plastic squishing together a spool of magnetic media, it was my generation’s Facebook, IM and texting all wrapped up in 90 mins of musical madness.

And sometimes I miss it.

Oh sure you can create a playlist on a flashdrive and hand over 1300 songs to someone you have a crush on but it’s not the same. When you have an unlimited (well, close to it anyway) number of songs at your disposal instead of having to choose only 10 or so, you get sloppy with the message.

When you title a mixtape “Heartbreak” you know you are going have to choose the songs carefully because this is what you (or your former significant other) will be crying to in the dead of night. 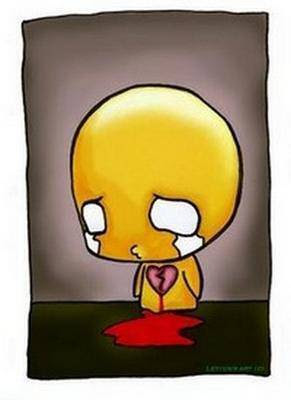 And when you spend six hours listening to albums searching for deep cuts to impress a would be lover and then hand write liner notes on the cover of the cassette tape to explain why these song were chosen, well, that my friends, is worth a roll in the hay just for the effort.

Which is why the website Everyone’s Mix Tape is kinda awesome. A virtual drag-and-drop  mixtape creator that anyone can add to (via YouTube, Vimeo and Soundcloud) that will have you scrambling through decades of music to add the most perfect song to an already intense mixtape titled “Make-Out”.

And the best part?

You can email it to that very special person you’ve been stalking for a month.

‘Cause nothing will ever say “I Want You” more than a mixtape containing the following songs after the break.