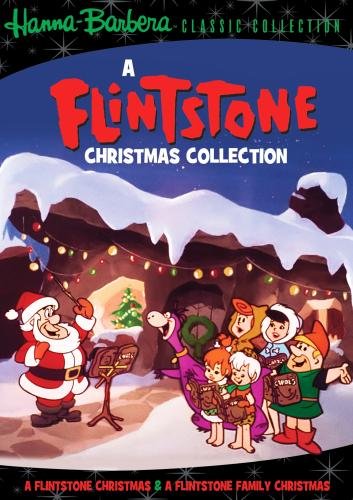 The Pitch
Celebrate the solstice in Stone Age style with these two animated holiday classics, starring America’s favorite pre-historic family. Your first course of holiday cheer from Fred and co. is 1977’s A Flintstone Christmas, in which Fred and Barney must save Christmas when Santa sprains his ankle. There’s one big problem, though – Fred promised Mr. Slate that he will play Santa at the Children’s holiday party. Can Fred and Barney deliver all the toys and still make it back to the party in time? And your second course is 1993’s Emmy® nominated A Flintstone Family Christmas, which gives viewers a glimpse into the later life of the Rubbles and the Flintstones. Awaiting the return of Pebbles and Bamm-Bamm (now married with children of their own), Fred and Barney encounter a criminally inclined “caveless” youth. Fred and Wilma attempt to instill values in the boy, only to find themselves with a most unexpected Christmas gift.

The Review
Unfortunately a mixed bag, with two specials; one virtually unwatchable and the other deserving to be a perennial holiday favorite.

A Flintstone Christmas from 1973 is the winner here.  When Santa Claus sprains his ankle, Fred and Barney must save Christmas. Unfortunately Fred promised Mr. Slate that he will play Santa at the Children’s holiday party.

Can Fred and Barney deliver all the toys and still make it back to the party in time?

Seriously, you have to ask?  This special captured the tone of the classic Flintstones series and really is a sweet and nostalgic trip back.  Timeless (although definitely has a number of Seventies trends.  CB Radio, anyone?), A Flintstone Christmas still entertains almost four decades later.

Next up is A Flintstone Family Christmas, which although Emmy nominated, is pretty lousy.
An adult Pebbles and Bamm Bamm return from Hollyrock, children in tow to discover that Fred (at Wilma’s suggestion) take in a troubled caveless kid named Stoney, who just needs a little guidance.
No quicker can you say “stolen Growing Pains plot device,” does Stoney upturns their life and Fred winds up behind bars for his efforts.
The film tries to be hip with disasterous results and embarassingly unfunny jokes (I would have died happy knowing that The Flintstones never tried to make jokes about gang violence and prison rape, but they did).
Nevertheless, this disc is worth it for the first special alone, but I recommend watching A Flintstone Family Christmas with friends, laughing hysterically and convincing them all you’re insane.