Come haste ye to bold Thorold’s hall,
And crowd his kitchen wide;
For there he saith, both free and thrall
Shall sport this good Yuletide.
– “The Baron’s Feast” (1846) by Thomas Cooper

How many times have we sung about “Yuletide” or watched a “Yule Log” burning, and wondered where the heck the term came from?

Alright, so maybe you haven’t, but as the Historigeek, it’s my job to worry about such things. Without further ado, let’s examine how this term called “Yule,” came to be associated with the Christmas season. 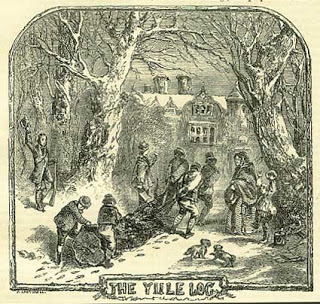 As near as the historical record can tell, the first use of a term resembling “Yule” comes from the Scandinavian festival of “Juul,” which was held around the time of the Winter Solstice. During that festival, fires were lit to honor the warming power of the Sun, and celebrate its return.

A key part of that festival was the bringing in of a “Juul log” to the hearth and burned in honor of the god Thor; a piece was traditionally kept, and used to help kindle the next year’s Juul log.

As these traditions are wont to do, the traditions of Juul left Scandinavia, and began to merge with other Winter Solstice traditions. In the process, the name also evolved into a variety of forms, being known as “Yule,” “Jule,” “Iol,” Iul,” or “Ule,” depending on who was doing the transcription.

Furthermore, the traditions themselves merged with local Solstice celebrations until a “typical” Yule celebration might last for twelve days, involve decorations of evergreen and mistletoe, and include an exchange of gifts…. sound familiar?

The remains of the Yule log might be used to fuel the next one, or (depending on local custom) might be burned to ashes and strewn on the fields or kept as a charm. 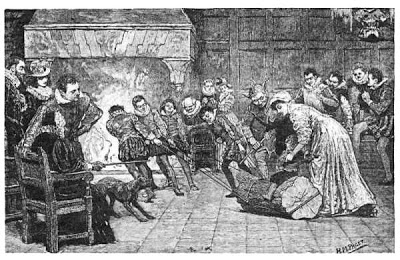 At that point, the Christian missionaries came, and realizing that they couldn’t completely stamp out the practice, decided to incorporate some of the traditions into their own Christmas celebrations, much as had been done with other Winter Solstice celebrations. And the rest, if you will forgive the expression, is history. Although the Yule celebrations never gained formal ecclesiastical approval, they remained part of the culture, traditions passed down from generation to generation.

Today, although the pagan roots of the season are only vaguely remembered, hints of the old “Juul” festivities remain. Mistletoe and evergreen still adorn the home. Yule logs still burn. We celebrate the twelve days in song, with a rather strange mixture of presents. Presents are exchanged. And songs encourage us to “make the Yuletide gay.” 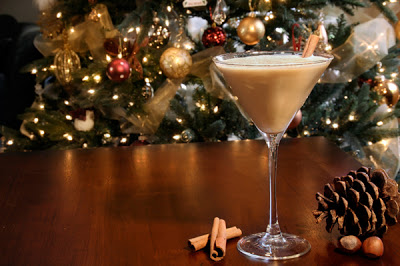 So, however you celebrate (or not) this season, I humbly ask that you raise a glass of your favorite beverage to the memory of those who celebrated this season in the millennia before us. A toast, to the Juuls, Iols, Ules, and Yules that came before us. And a hope for many a Yuletide to come. 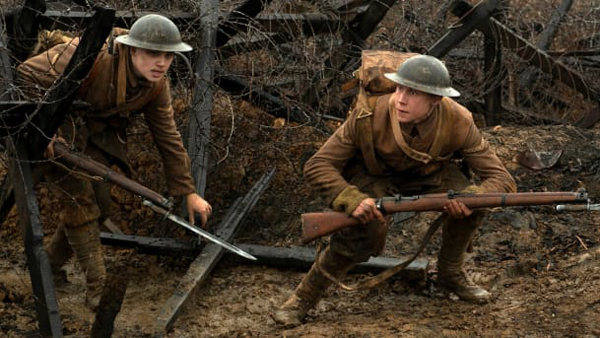