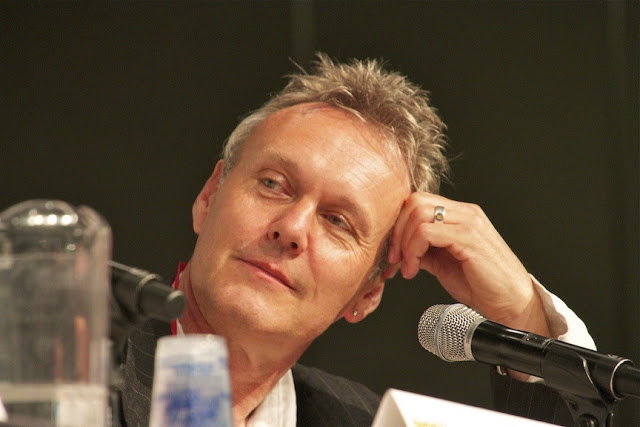 The poetic irony of Shakespeare’s phrasing is not lost on Anthony Head. When the Bard wrote that “uneasy lies the head that wears a crown,” even he could not have known what was in store for the actor Head’s royal character as the fourth season of MERLIN begins this Friday, January 6, at 10 p.m. ET/PT on Syfy.

As the new season opens, Head’s character – King Uther – is a mere shadow of himself, mired in bleak despair after realizing that his illegitimate daughter Morgana has arisen to become his greatest enemy, using dark magic to besiege Camelot and its leaders.

The first of a two-part episode, “The Darkest Hour, Part 1” finds Morgana’s blinkered determination threatening not only Arthur’s future, but the very balance of the world. With her magic stronger than ever, the sorceress summons the mighty Callieach (pronounced “kay-lix”) to tear open the veil between the worlds. Hellish creatures – the Derocha – pour forth, killing any who succumb to their touch. With King Uther in dire straights, it falls to Merlin, Arthur and his loyal Knights to protect the kingdom.

Head, the beloved Rupert Giles of Joss Whedon’s cult classic TV series Buffy the Vampire Slayer, enters his fourth season as Camelot’s monarch Uther Pendragon. The actor has been particularly busy for the past year working in television on both MERLIN and reprising his role on NBC’s Free Agents, as well as appearing in feature films, including The Iron Lady alongside Meryl Streep and the upcoming sequel Ghost Rider: Spirit of Vengeance.

Head offered answers to a few queries leading up to this Friday’s fourth-season premiere of MERLIN. Take a look … 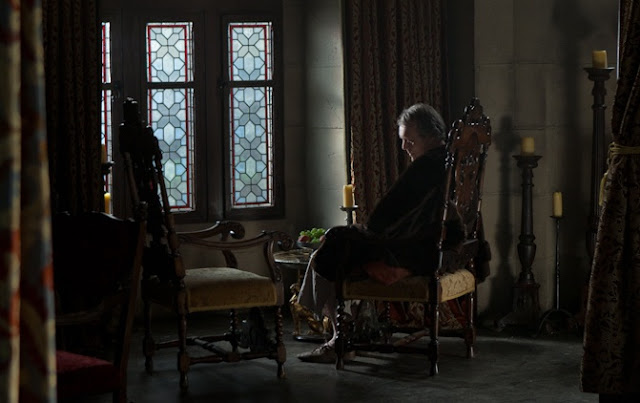 After all that happened in Season 3, how has Uther’s perspective changed entering Season 4 … and how does that change things in Camelot?
Uther is broken man. Everything that he basically believed in and held as reality has shifted. I’d say he’s not playing with a full set of marbles. And all of that means Arthur has more responsibility, and there is another – Nathaniel Parker has joined the cast as Agravaine – who has been drafted to act as the chancellor, to politically help Arthur. It’s an interesting and kind of logical progression from where we were.

There were some notable deaths and disappearances at the end of MERLIN’s third season. Does any character truly die in a fantasy story like MERLIN?

It’s a bit like Buffy or any of those shows. Basically, in a fantasy story, nothing is reality, and everything is reality, and audiences will find this is especially true in Season Four. The boundaries of what is and what isn’t are going to shift. It’s a really, really thorough arc, and it will have repercussions throughout the season. Season Four is really interesting.

How does Uther rank within the grand scheme of roles in your career?

I think he’s up there. He’s been a very interesting character to play, and he’s developed a lot – glad to say, Johnny (Capps) and Julian (Murphy) have always given me something to play. There’s always some underlying thing going on – he’s not just moody. I always like that challenge. Compared to a lot of other things, Uther is just fun to play. When I was first told about it, I was nervous because I thought he might be too two-dimensional. But once they really told me what they wanted, I saw the role had a lot of scope – and they always wholeheartedly embraced ways I suggested to play it.

I like to bring a whole person to the role. I like to believe that there’s a reason for everything somebody does, just not somebody being bad or good or dogmatic or tyrannical. They’ve got plenty of pathology going on, and it’s fun getting inside and finding out all about that mythology. It makes the characters who they are. The best roles are always three-dimensional.

Is Tony Head as stubborn as Uther?

No, I can’t afford to be. I live with three women – my daughters and my partner/wife. There’s no way I could get away with it. Uther is very old school, very old-fashioned, and no one’s ever stood up to him until Morgana. And basically he’s now reaping what he sowed.

MERLIN returns to Syfy for its fourth season at Friday, January 6, at 10 p.m. (ET/PT)
Previous seasons are available on DVD or on iTunes.
Be sure to follow the latest news on MERLIN at the Official Merlin page on Facebook.