Mark Millar has written an all-new, in-continuity lead-in to his hotly anticipated new series SUPERCROOKS, to run exclusively in CLiNT! Make sure you read this before you pick up #1!

CLiNT, which has already boasted an exclusive first look at never before seen SUPERCROOKS artwork by co-creator Leinil Francis Yu, will run the lead-in feature written by Millar in CLiNT #15, on-sale March 28, 2012.

“It’s a thrill to be able to publish this world-exclusive,” said Editorial Manager Andrew James, “It’s not a preview, not an excerpt, it’s an in-universe feature that delves deep into the sordid and compromising blackmail driving the story. And you won’t read it anywhere else. Supercrooks is going to be white-hot at the start of 2012, and this is a perfect opportunity to get yourself primed – whether you’re reading it in single issues or awaiting the CLiNT serialization.”

SUPERCROOKS, which was announced at last years Kapow! Comic-Con, has already been optioned as a film by Universal and is being co-written, produced and directed by Spanish director, Nacho Vigalondo.

Mark Millar on what readers can expect from SUPERCROOKS:

“All the superheroes live in America, so why don’t the supervillains just go somewhere else? I remember thinking that if I was the Joker or the Mirror Master or someone, I think I’d head for somewhere like Glasgow, where the worst thing that will happen is being chased by a fat cop. Supercrooks is about a bunch of supervillains who head to Spain for one last heist.” 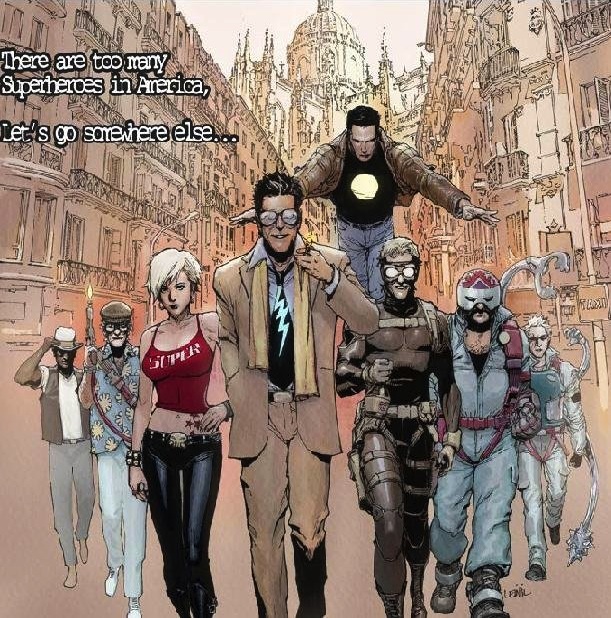 Don’t miss this stunning issue of CLiNT magazine: 100 pages of jaw-dropping action and awesome value! Discover the secrets of the forthcoming SUPERCROOKS with an exclusive in-continuity lead-in by Mark Millar! Read the extra-sized finale of KICK-ASS, the stunning epilogue of SUPERIOR, a WORLD EXCLUSIVE new chapter of REX ROYD, and confront the shambling horrors of Afghanistan in GRAVEYARD OF EMPIRES! Plus: a sneak peek at our immense plans for the rest of 2012!

Retailers can order CLiNT #15 NOW from the January issue of PREVIEWS.

After the jump check out an exclusive, live-action CLiNT teaser trailer for Millar’s SUPERCROOKS lead-in!