The series focuses on washed-up actor and comedian Guy Krause who enlists as a research subject in a virtual reality experiment and finds himself questioning “if you could relive major events in your life, would you take a stab at making things better—and would your best attempts only make things worse? Or would you use your second chance to put your most twisted, perverted fantasies in motion?”

According to Bagge, “I originally envisioned Reset mostly taking place in the virtual fantasy world of protagonist Guy Krause’s imagination, but soon discovered that the events occurring simultaneously in his real life were far more interesting, and so I wound up focusing more on that instead. I guess truth is stranger than fiction—and that’s why I’m generally not a fantasy writer!”

After the jump check out the full cover of Reset #1 by Bagge and the variant cover by Matt Kindt. 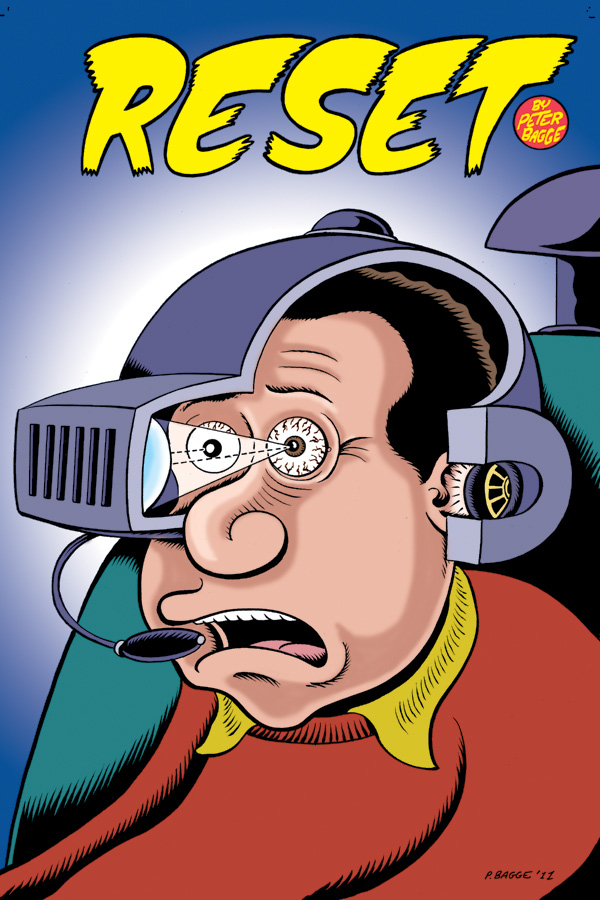 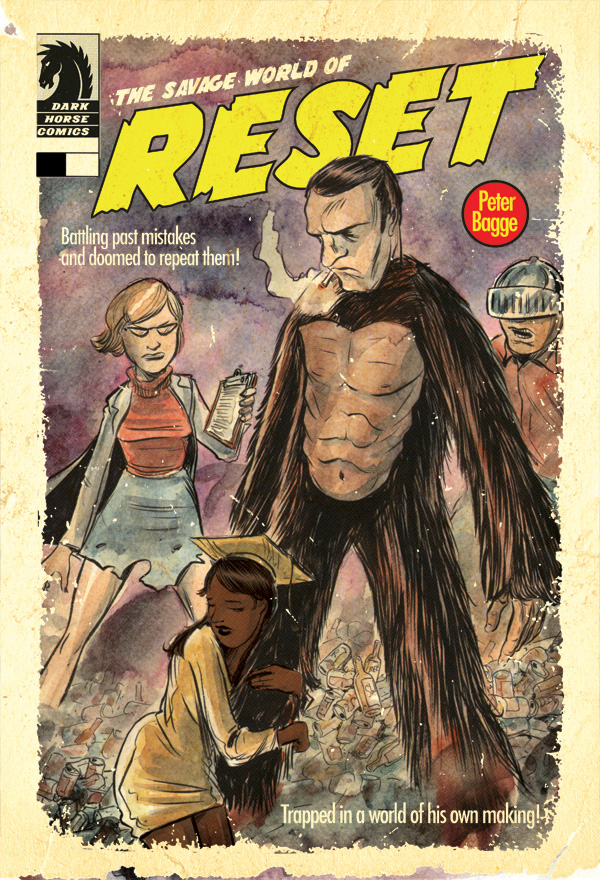