Do they hold up?

Check out my thoughts after the jump. 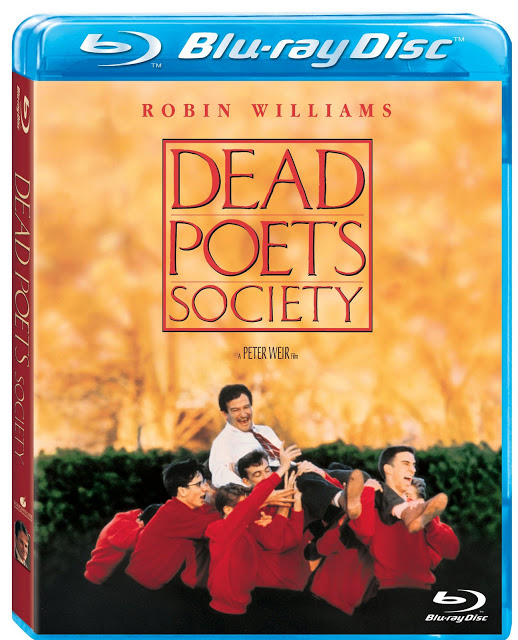 The Pitch
Academy Award winner Robin Williams (Best Supporting Actor, Good Will Hunting, 1997) delivers one of his most memorable performances in Dead Poets Society – digitally restored and presented for the first time ever in breathtaking Blu-ray™ High Definition.

For generations, Welton Academy students have been groomed to live lives of conformity and tradition – until new professor John Keating inspires them to think for themselves, live life to the fullest and “Carpe Diem.” This unconventional approach awakens the spirits of the students, but draws the wrath of a disapproving faculty when an unexpected tragedy strikes the school. With unforgettable characters and beautiful cinematography, Dead Poets Society will captivate and inspire you time and time again.

The Review
I saw Dead Poets Society when it was released during my senior year of high school, and it’s effect on my at the time was profound.  Robin Williams, in perhaps his best and most nuanced performance, is inspiring as John Keats, an English professor who inspired his class to embrace life and literature.  Ethan Hawke and Robert Sean Leonard make indelible marks in their complex roles and Kurtwood Smith is powerful as Leonard’s character’s father.  The remainder of the ensemble which included Gale Hansen, Dylan Kussman, James Waterston, the great Norman Lloyd and the inimitable Allelon Ruggieroare are all fantastic.  Remarkably, despite it’s period setting, the film truly is timeless.  Extras include the featurette Dead Poets: A Look Back (Robin Williams did not participate and his absence is felt), featurettes on sound design and cinematography, interviews, raw footage, commentary and trailer.  Both picture and audio quality are solid and their presentation represents the best the film has ever had for a home video release.

Peter Weir’s masterpiece, Dead Poets Society is a relevant reminder to the power of a magical teacher, and Williams’ performance is both emotionally engaging and inspirational and a worthy addition to your Blu-ray library.  Carpe diem. Seize the day. 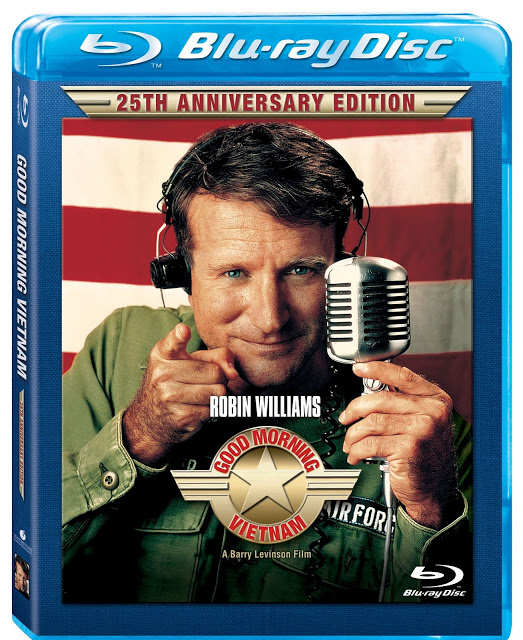 Enjoy the unsurpassed digital sound quality of Blu-ray High Definition as Army deejay Adrian Cronauer (Williams) spins a red-hot soundtrack of ‘60s hits. His sidesplitting comedy and rapid fire wit make him a hero to the troops, but quickly get him in hot water with his by-the-book superiors. Featuring a behind-the-scenes look at Williams’ hilarious radio monologues, Good Morning, Vietnam remains the quintessential Robin Williams comedy.

The Review
Good Morning, Vietnam‘s success is thanks to director Barry Levinson who seamlessly combines several elements together.  At it’s core is a stranger in a strange land, a love story, a workplace comedy, and a war picture.  And then there’s Robin.

As DJ Adrian Cronaur, Williams for the first time was able to mix his improvisational comedy with a dramatic role becoming both the antagonist and the Greek chorus.  Williams’ Cronaur is manic, intense and at times a distraction establishing a somewhat inconsistent tone overall.  Levinson also surrounds Williams with a strong supporting cast which includes Forest Whitaker, Bruno Kirby, J.T. Walsh, Chintara Sukapatana, and Tung Thanh Tran.


Good Morning, Vietnam was one of several Vietnam themed films that came out around the same time (Platoon, Full Metal Jacket, Hamburger Hill, Gardens of Stone), but took a completely different point of view; focusing on the military’s internal policies and politics as well as giving an alternate point of view that portrayed the citizens of Vietnam as individuals and not a faceless enemy.  Extras include a production diary, vintage raw footage of Williams riffing in character, and trailers.  A commentary would have been nice addition, as would Williams’ participation in  bonus material.

Good Morning, Vietnam is a perfect match-up of artist and material and the films surprising depth and excellent performances make this a solid and easy recommendation.