Classical music concerts rarely make news, but last week there was enough of an uproar at Avery Fischer Hall over a ringing cell phone during a performance of Mahler’s 9th to break it into the news cycle.

In short, as the 80-minute symphony was seconds away from its tranquil conclusion, a cell phone went off and the offender did not silence it – it rang for several minutes. Eventually the conductor stopped the concert, turned to the offender (who was in the front row) and berated him in front of a vocally angry 2,500+ audience. The phone’s owner later explained that he had recently been given his first iPhone by his company, unknowingly set the timer, and didn’t think it was his phone ringing because it was set to mute. 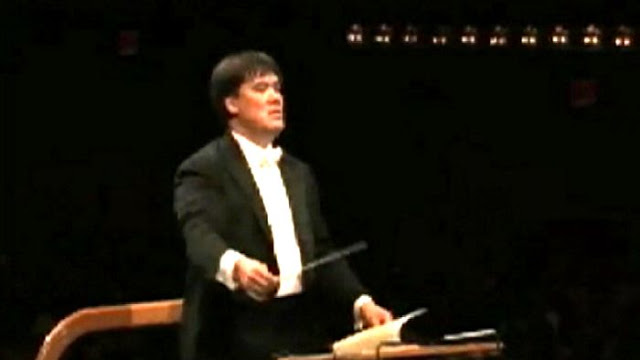 There are a few things that have caught my attention about this story: the audience’s reaction and the fact that people are so tethered to their cell phones that they cannot shut it off for 80 minutes.

If you go to any kind of public performance – concert, movie, play, etc. – you’re always asked to turn your cell phone off before the show begins. No one does this of course – everyone turns their phone to vibrate. I am guilty of this too.

What’s utterly ridiculous about this, is that unless you’re a doctor or expecting a very important communiqué, you’re not going to answer any incoming message until after the show – so why have the phone on? And if the potential message is so important that you have to take it, you probably shouldn’t be at the show.

But almost all of us suffer from some kind of psychosis that renders us so fearful of going off the grid that we cannot do it for two hours. We have to know at all times who may be trying to contact us, or posted about us on Facebook.

I kinda think that cell phones have ruined many forms of entertainment in this respect. How can movies really be an escape if you’re constantly checking your phone every time it buzzes? It used to be that you went to a movie and you got to completely checkout from the world for a few hours. Wasn’t that some of the thrill? Isn’t a superiority of seeing movies in movie theaters instead of at home is that there are fewer distractions? 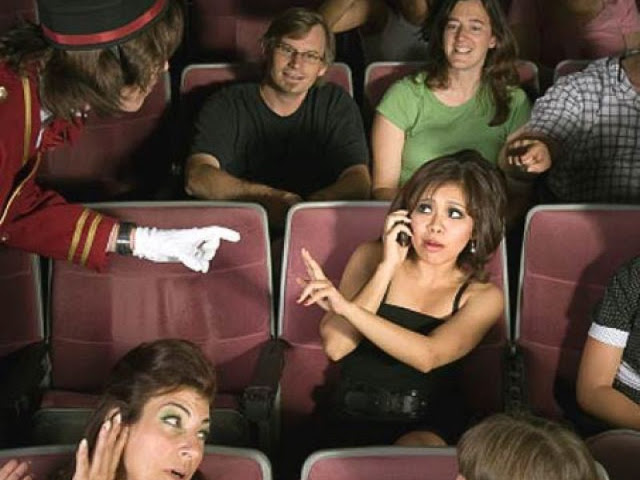 This whole episode has me rethinking how often I keep my cell phone on. One of my first New Year’s resolutions is going to be turning my phone off not just for all public performances, but even while I’m watching first-run TV shows. This season of Mad Men will be watched without the distraction of who is e-mailing, or that it’s my turn at Scrabble.

What got this story in the news was how ugly the conductor and audience turned. I’m a classical music concertgoer, and it’s pretty much the norm for at least one cell phone to go off at a concert (though it’s rare for the ringing to go on for minutes). It sucks, but I’m used to it. There is always a general level of inconsideration from audience members – audiences have been loudly coughing, talking to each other, and leaving their seats during performances well before cell phones were invented. This is what comes with any kind of public performance with an audience.

My point, is that I actually feel bad for the guy whose cell phone went off and think he was treated unfairly by the audience and conductor.

I rarely quote the Bible – heck, I’m an atheist – but this seems like a clear-cut case of “let he who is without sin cast the first stone.” Unless you always turn your cell phone off at concerts (and/or never attend when you’re coughing and sneezing), anyone in that audience could have had accidentally had their cell phone’s alarm or timer set, which would have overrode the mute setting. It’s like everyone thinking they’re a good driver because they’ve never gotten into an accident – whether we realize it or not, we’ve all had moments when we were at a movie or concert and were inconsiderate to the people around us.

Instead of acting holier-than-thou, let’s shut our phones off next time we are asked.

‘Co-Creator: The Bill Finger Story’, The True History of Batman’s Origins Will Be Staged in Massachusetts Theater Starting This Weekend