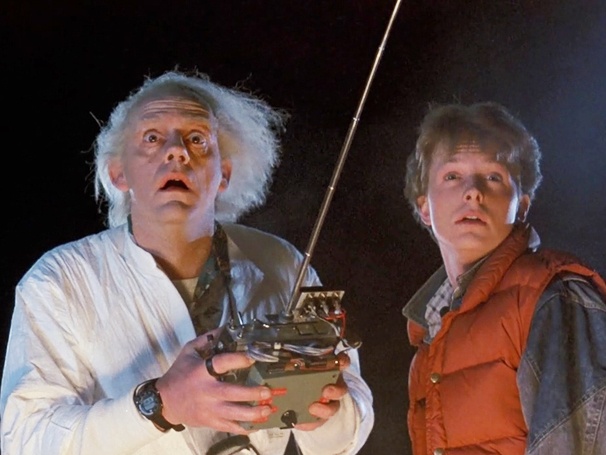 Great Scott!  This is heavy…

Deadline reports that Robert Zemeckis is in talks right now to turn his 1985 hit, Back to the Future into a Broadway smash. He is working with his co-writer Bob Gale and film composer Alan Silvestri to see if a stage version is possible.
The three film franchise has grossed nearly a billion worldwide and would be a good way to restart the money making.

Zeneckis’ ImageMovers would be producing the project if it moves forward. Silvestri has composed the music for Zemeckis’ other films Who Framed Roger Rabbit, Forrest Gump and Cast Away.

Now, all they need is a stage that can handle a DeLorean, a Clock Tower, The Twin Pines Mall parking lot, Hill Valley Town Square and a van full of wrong Libyans.

In this article:Adaptations, Broadway, Theater, Written by Brendan O'Connell

Forces of Geek’s very own Lenny Schwartz is the writer and director of DITKO, an original play about Steve Ditko, the co-creator of Spider-Man...

FOG! Attends The ‘Scary Stories To Tell in the Dark’ Preview

At a screening in Los Angeles on March 28, Guillermo del Toro and André Øvredal introduced a scene of their upcoming horror film Scary...