Marvel at one point was trying releasing comics with an, “Astonishing,” line after such an experiment succeeded with the X-Men.

The idea was to have stories with characters people knew but less baggage from all the comics those characters appeared in.

By being in the continuity of the Marvel Universe, but separate tales these comics, “counted,” but also didn’t require you be an extreme comics consumer.

My comic drawer must have realized I stopped reading most Spider-Man comics some time ago (after he made a literal deal with a devil with the side effect of erasing his marriage from history—odd I know) and that I don’t read all of the countless books featuring Wolverine, because it gave me the trade paperback of Astonishing Spider-Man and Wolverine.


This book tells an enjoyable self-contained tale and is good fun, especially with its zany storyline.

What is that storyline? 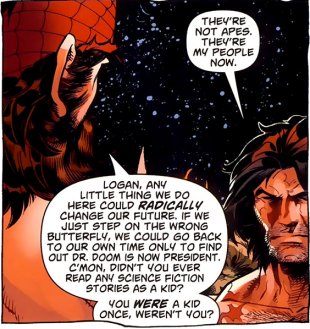 Basically, Spidey and Wolverine spend the issues traveling through time thanks to some magical diamonds they stumble upon during a bank robbery.

There are in fact evil forces behind their interactions with the diamonds and the writing of Jason Aaron is able to make that character which hasn’t always worked enjoyable (and no, I won’t spoil who the main bad guy is, that’s rude).

From the prehistoric era, to the far future, and times in-between we get to see Spider-Man and Wolverine struggle through a lot of crazy shenanigans. 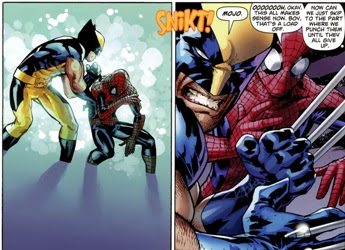 Why do they struggle?

Well, when you have to fight a planet-sized version of Doctor Doom, or make an ancient Cosmic Cube work you know life isn’t going to be easy.

However, of all the challenges they face the hardest is probably putting up with each other.

Spider-Man is a known chatty jokester, Wolverine prefers to be alone (ignoring how many super-teams he is on).

Being stuck in various time zones with one another basically is each hero’s worst nightmare.

This results in many humorous moments of the two personalities playing off one another and the comic is genuinely light-hearted.

This can be a nice change when so many comics these days are dreary and depressing, for example how in my opinion an event called Fear Itself was essentially one long battle scene with various gruesome deaths thrown in.

Adam Kubert provides some wonderful art, altering his style for different time eras as needed to provide the comic with a coherent look but one that is also exotic and fun. It’s expressive and fluid, getting across everything in the story wonderfully.

For a scene in a snowy locale he uses thick shading to impart the feeling of having trouble seeing through the storm, when in modern-day New York everything has a bright crisp feeling in comparison to the run-down desolate future. If the writing for this comic is great, the art is amazing.

Not everything is perfect, of course.

There is one new character that has a sidekick and both he and his friend are very one-dimensional.

Why are they bad guys using the time-diamonds to go around committing violent acts?

The story essentially says, “Because they are bad guys, don’t question it!”

Also, there is a romance that is hinted at early on in the story, then forgotten, then shoe-horned in at the end to give the comic a bit of a false feeling of dramatic oomph. Compared to the fun that is had these are relatively minor complaints, however. 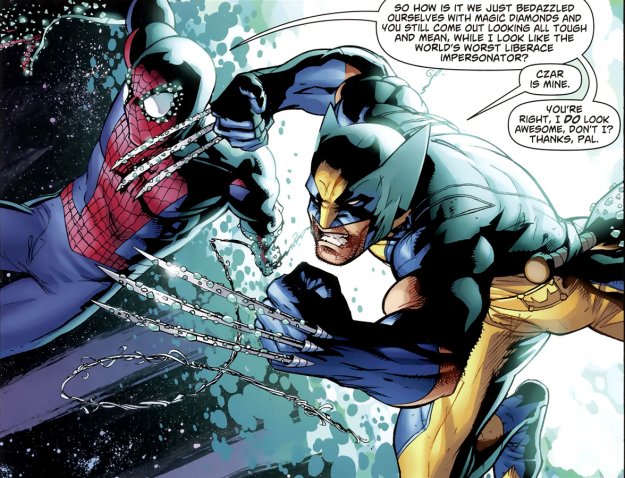 Astonishing Spider-Man and Wolverine is an enjoyable jaunt through time, and between the jokes, action, and spectacular art I am happy my comic drawer gave me this. Even if you don’t follow Wolverine or Spider-Man in all their numerous comics you can read this and enjoy it.

I recommend it wholeheartedly.