In the upcoming film adaptation of the Broadway hit Rock of Ages get ready to see Alec Baldwin and Russell Brand in some crazy outfits.

In this new picture from The Hollywood Reporter, Baldwin stars as Dennis Dupree, owner of The Bourbon, with Brand in his rocker character garb. Julianne Hough is trying to convince him to give Diego Boneta’s character, Drew Boley, a chance in the failing Sunset Strip club of the 1980s.

Director Adam Shankman said “If that wig didn’t work, then the whole thing was going to be a disaster.” He added, “The world is so used to seeing him as Jack Donaghy, and I needed to get him as far away from Jack Donaghy as I could.” 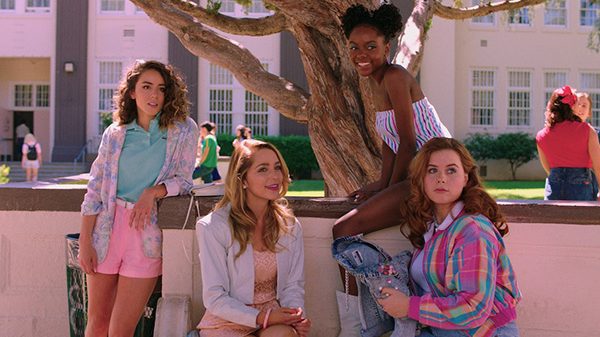