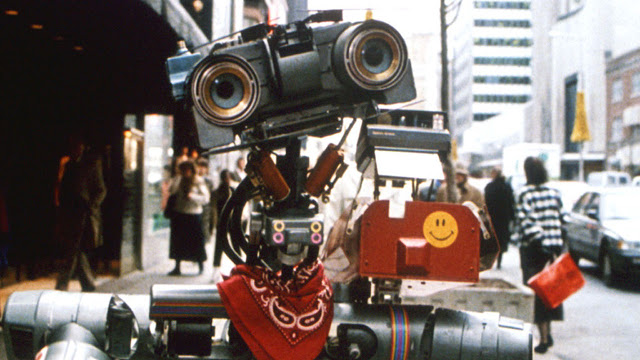 Johnny Five is coming back… Maybe. Dimension has at least hired on a writer to pen a new Short Circuit film.

Deadline reports that Matt Lieberman has been hired to write a new project for Tim Hill to direct. Hill and Lieberman will be working together loosely to create a re-imagination of the 80s film.

While details about the project are being kept extremely secret, it undoubtedly will have some sort of robot in it.

The original movie starred a lab robot that becomes intelligent after being electrocuted. David Foster a producer from the original is signed on alongside Ryan E. Heppe, John Hyde and Brian Manis. Shooting is scheduled to start near the end of the year with a projected summer 2013 release.

In this article:Movie News, Written by Brendan O'Connell