If you’re kind of a Stephen King nut like me — and I know there are many of you out there — then you’ve read pretty much everything this great author has ever written.

To date the man has published around seventy books covering just about everything (as well as repeating himself a couple of times with similar storylines).

I can still remember the first book of his I read, Four Past Midnight, and that first story, “The Langoliers,” which was just fantastic and scary and great in so many ways. 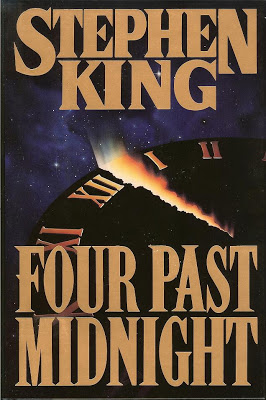 I can remember my thirteen or fourteen year-old self actually feeling nauseous with the graphic detail of the little girl having the hatchet removed from her chest, and the quick surgery that had to be performed.  Every time he has a new book come out, I’m there, dropping everything, gobbling it up and loving it.

He’s my happy place, where I can easily forget about the rest of the world and get lost in one of his. 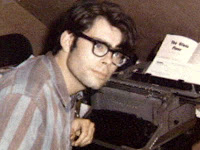 Stephen King has also been incredibly instrumental (even though he has no clue) in shaping me as a writer, making me first want to create scary, evocative stories like his own, and then to just keep on writing and telling tales for now over fifteen years.

A strange thing also happens when I read one of his books featuring an author as a character, for in addition to enjoying the book, it also makes me want to put the book down and write myself.

I’m not sure why, but it just does; it’s quite the conundrum.

Recently, I started thinking about the many Stephen King books I’ve read, and I began wondering how many of those had authors as the main characters, and then contemplated the number that had some secondary character who was a writer, and added them all up in my head, which resulted with a pretty high number.

So I started researching, and while King has had many characters who are English teachers (because King himself was once), as well as artists of some kind; authors are the predominant character type in his books.  One immediately thinks of the writing adage, “write what you know,” but I also think King just feels very comfortable writing these characters, but then if you look at some of his longer novels, like The Stand, Under the Dome, or his most recent, 11/22/63, there are no author characters there.

So it’s not so much that this character type has become a crutch for him to fall on in any way, but that he apparently just likes writing about them and using them. 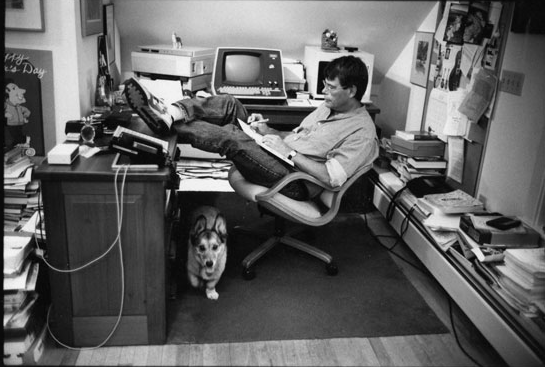 Here is my pretty comprehensive list of Stephen King’s novels featuring authors as main or secondary characters.  I didn’t include short stories in this, because that would’ve taken a lot longer, but I’m sure many of those are sprinkled with characters who are writers too, however, I have included the novellas in this listing.

They are arranged chronologically.

The Stand (1978): Harold Lauder, possibly a bit of a stretch, since he’s a high school student, but still a poet published in a local publication.

It (1986): William Denbrough, a kid who likes telling great and scary stories who becomes a bestselling author.

The Dark Half (1989): Thad Beaumont, pretty successful novelist and recovering alcoholic; “George Stark,” while a pseudonym of Beaumont, he becomes a distinct character in the book. 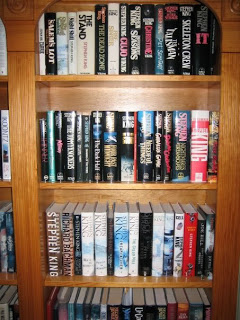 And there you have it: fourteen appearances by fourteen writers, which is a pretty hefty number; almost 10% of his books.

Now, I don’t mean this as any sort of insult or critique, but more of a matter of fact; an “I wonder if . . .” experiment, which has been an interesting one.

If I were to be able to ask Stephen King about this, I’m pretty sure his answer would be something to the effect of:

I’ve written about 70 books, which is a lot of words, a lot of stories, and a lot of characters.

I’m a successful writer, so of course there are going to be author characters in my books.  Do I think consciously about it when I do it: no.  Do I do it because it’s the easy cop out: no.

Stephen King is famous for saying he’s one of those writers who doesn’t work with a detailed outline, but just goes with it, a form often known as discovery writing.

He begins with an idea that he keeps in his head for any length of time that grows and develops and then begins writing the book when it’s ready to be written.  If there is a writer as a main character, he doesn’t think much about it, but just writes the book as it wants to be written.

Or maybe he just likes the thought of torturing writers in his stories? 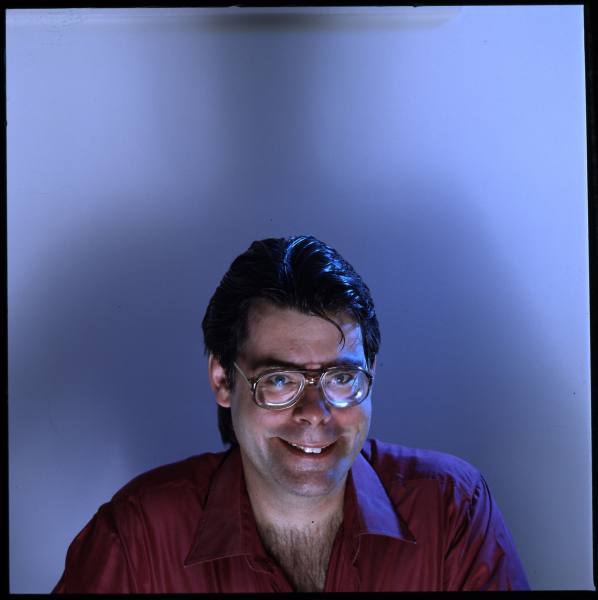 But the next time someone sees him, be sure to ask him.