This week, Young Adult was released on Blu-ray and DVD starring Charlize Theron as as Mavis Gary, a former prom queen and current writer of young adult novels who returns to her hometown in order to win back her now-married high school sweetheart.

After the jump, check out an interview with Charlize prepared exclusively for the Blu-ray release and a deleted scene from Young Adult!


In Young Adult you play Mavis, an author who is struggling personally. She has plenty of issues, just like many of the great characters you have played over the years. What’s it like playing such complex characters? Is it, maybe, cathartic for you?

I think this work can be very cathartic. There’s something really nice when you break it down and you understand how unbelievably lucky you are to play around and do what we used to do as kids. You are very fortunate when you get to do it with material and subject matter dealing with real issues and you dive into that human condition and discover things about yourself that you might not like. If you don’t do it, you can sweep stuff under the rug.

What part of you was unearthed by playing Mavis?

Oh, the taking husbands part (laughs). No, the little things. How she deals with things in such extremes. I think all of us can see the same behaviors because she is doing what we all do in order to sometimes get through the day. I could relate to that.

Mavis is quite an immature women. She hasn’t really grown up. When was the moment you realized you had to grow up and be an adult?

I haven’t yet (laughs). I don’t know if you do ever grow up. Mavis is dealing with real issues women in their late 30s deal with, except she is dealing with them with tools of a 16-year-old and that’s what is problematic. We are not saying ‘Everyone needs to grow up’. This is not the romantic Peter Pan story. This is the cautionary tale that if you don’t feel things in a certain way they will come and bite you in the ass.

Mavis is always putting herself in embarrassing situations. What about you? What is an embarrassing moment you have had that you can share?

Oh wow. I am embarrassing every day. I just had an embarrassing moment. I just went into the (Ritz-Carlton New York) bathroom with my make-up artist who is a man and gay and a lady came out and I was standing there with my boobs out and she was like “Ahhhhhhh!” and Shane was like “Ahhhhhh!” and they ran into separate corners. I was topless in the middle of the room. Then she called security so the Ritz came with security. This happened three seconds ago (laughs).

When you first watched your performance in Young Adult what did you think?

I was highly embarrassed for myself. The first time I saw it it was at my house with my producing partner. We were in my living room and she was on one end of the couch and I was at the other end and the movie finished and the credits rolled and we sat in silence. I couldn’t speak. Jason (Reitman) called because he was concerned. I was speechless for many reasons. I saw the movie I was told we were going to make and that happens very rarely. That took my breath away because that was amazing. She is also a cringeworthy character. I think it was almost harder to watch her than to play her. You just don’t want to see yourself screaming in the middle of a bar ‘This song was playing when I went down on you’. There’s nothing good about that, but I’m really proud of this film. It was a great experience.


You are very close to your mother which is totally different to Mavis’ relationship with her mother. What do you tap into to play Mavis in that circumstance?

I don’t know. You just do it. I don’t have to personally relate to everything when I act.

What was it like being directed by Jason Reitman?

I fell in love with his work. He set the bar really high with Up in the Air. I remember walking out of that movie saying ‘How did that bitch Vera Farmiga get that job?’ No, she was so amazing in it. I was jealous. I wanted to be in that movie. Then we worked together on this and I found we were very similar in terms of how we like to work, how many takes we do and had the same sense of humor. There were times when we got scenes in one take or three takes and I never questioned it. If he said ‘Jump off the building’ I’d jump off the building, that’s how good he is.

Could you imagine being Mavis’ friend? If you were, how would you help her?

I would love to hang out with Mavis. I think you’d have a good time, although I wouldn’t let my boyfriend get close to her (laughs). I would not trust her as far as I could throw her.

Does the fact you grew up outside of America give you an advantage in Hollywood?

Yes. South Africans are the best (laughs). I don’t know. Poor kids don’t know they are poor. They don’t know any different. I don’t think I’d know what it would be like to be different. We all know that where you grew up builds your character and who you are, so I’m sure that came into play. I don’t know if that was an advantage. I know my accent wasn’t an advantage. I had to lose it to get an American accent.

When magazines write profile features on you they always include how you like to drink and swear. What do you think about that?

I feel like people love to write about that because it is sells magazines and it is shocking. I’m not an alcoholic and I don’t swear that much. Do I? Just because I fall it doesn’t mean I’m drunk (laughs). Look, I’ve learned this is not a dress rehearsal and you have to live life the way you want to. I don’t want to be 80 on my death bed and say ‘Gosh, I wished I lived my life’. I’m living my life. I don’t think there’s a rule book. I feel so blessed I get to do a job I love and people actually pay me to do it. I don’t know how in the hell it happened. I live a really good life and come from a place where it is very evident how fortunate I have been.

If there is a sequel to Young Adult, how would you like it to go?

This is the sequel I want to do. It is Mavis and Matt’s sister in the mini, (off a cliff) like Thelma and Louise (laughs).

I hear you are a big fan of mixed martial arts.

Yeah, I love it. There is an amazing book called A Fighter’s Heart. It is a book about the art of fighting. A guy traveled around the world and studied with different martial arts. It is really beautiful and poetic. I do like it, yes.

Did you talk to screenwriter Diablo Cody about Mavis?

Diablo just had her baby as we were going into production, or just before that. My journey with this was with Jason. He came to me with the project and then Jason and I had continuous conversation and then Diablo came out towards the end of the film with her newborn baby. She had her hands full. She wrote a really solid script and we worked from that.

We joke Young Adult is a horror film (laughs). Every time is different. If there was a rule book it would be so much easier. Every role is such a beast and messes with you in different ways. They are a struggle in different ways. You never know. To be brutally honest with you, there’s a lot about the process I don’t understand. You could be pretentious about it, but there’s something about acting that really is very specific and it’s trying to catch something very real in a very unreal circumstance. There’s a part of that you have to almost leave alone and you can’t talk about or know too much about because it’s like a magician showing you how to do a trick. Sometimes you don’t want to know how the rabbit is pulled out of the hat. I think that is why Jason only likes to do two or three takes. He understands there is one little moment you are looking for you can’t manipulate. For me, if anything, from the time I say ‘yes’ to a project, no matter what it is, I become very obsessive about it. It obsessively takes over every thought process in my mind. If I walk down the street and see someone do something, I’ll obsessively take it and put it in a file for the character. I have a friend highly addicted to Diet Coke and drinks Diet Coke from two liter bottles. I have said to her so many times ‘You are an addict. It is 4am and you are downing two liters of Diet Coke in the car driving to work’. I filed that away. I don’t understand people when they rehearse and do scenes. It is very intimate almost because I am creating someone that has secrets and doesn’t want to share them. It is almost like my dark secret. Then I like to go to work and not think about anything. If you are thinking about things on the day you are working you are probably screwed. 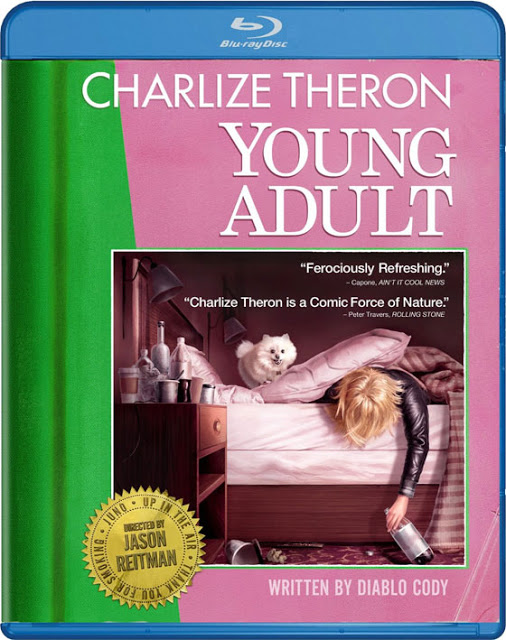