Well, by the time you read these words, the silly season is well and truly over (two months is fair enough time to lay it to rest), and over here in Japan we started 2012 with a bang: on January 1st there was a fairly hefty earthquake that shook Tokyo, just to ring in the new year in an oh-so-special special way.

Fortunately – this time around – there were no fatalities, tsunami or major damage. 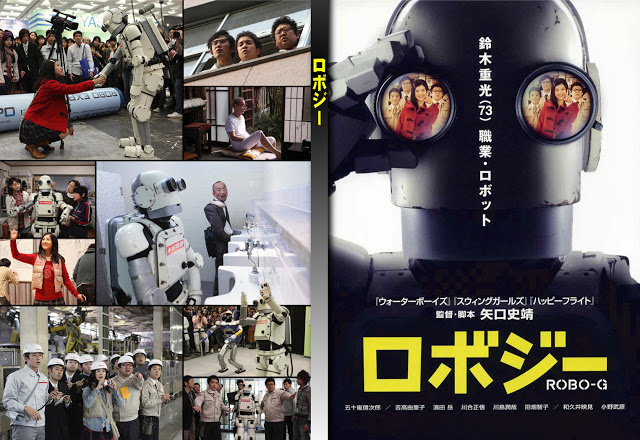 Anyway, without further ado, I decided to get off my buttocks and do a mini round-up of some of the recent Japanese movies winging over your way. 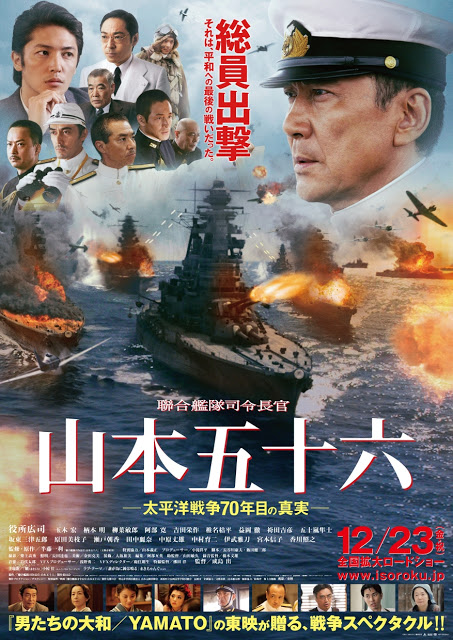 One of the highlights on the big screen here in Japan, released just before Christmas, was Rengo kantai shirei chōkan: Yamamoto Isoroku (a.k.a. Isoroku Yamamoto, the Commander-in-Chief of the Combined Fleet), the big-spectacle, fairly big budget biopic about feted Japanese military hero Isoroku Yamamoto. It was second at the box office here for several weeks running (only Mission: Impossible – Ghost Protocol stopped it taking poll position).

Commander-in-chief of the country’s Combined Fleet in World War 2 and a more than capable leader, Yamamoto had spoken out against the Japanese occupation of China and the war with the U.S. and its allies Australia and England. “I fear that all we have done is to awaken a sleeping giant and fill him with a terrible resolve,” Yamamoto said of the Americans in the excellent 1970 film Tora! Tora! Tora!

He died (supposedly with his katana sword hilt in his hand) in when his transport plane was shot down in an American ambush in 1943. 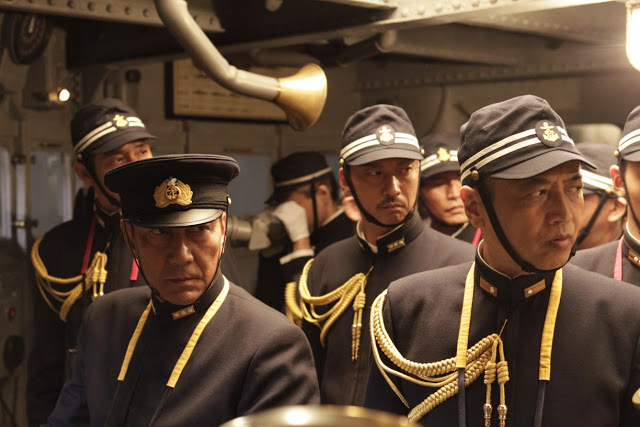 Yakusho is hugely impressive in the central role, at least a match for Mifune in the earlier movies, and where the film also succeeds comes via some stunning CG action sequences; after all, the movie covers the period 1939-43, the tail end of which was the height of the Pacific War.

Then there’s the interpretation of Yamamoto as a decisive, strong, compassionate and forward-thinking leader – all the sensibilities absent in Japan’s political leadership since the 2011 Tōhoku earthquake.

Hara-Kiri: Death of a Samurai

By now you’ve probably heard something about the most recent 3D outing from Takashi Miike (Audition, 13 Assassins).

Although Hara-Kiri: Death of a Samurai was only officially released in cinemas in October, it was screened at last year’s Cannes Film Festival to some dissent. To my mind this is a deeply flawed masterpiece, and there are moments of brilliance sadly balanced out by overkill. 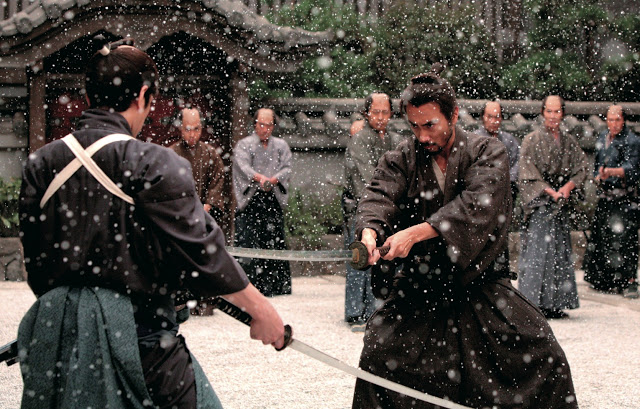 Ebizō is probably most famous for a spate of TV news stories in late 2010 about a violent altercation here in Tokyo, in which he reportedly forced another man to drink tequila out of an ashtray; word is that his kabuki career may now be on the rocks… which perhaps accounts for his starring appearance in this movie. Ebizō offers up a striking presence, but the real star is Yakusho. 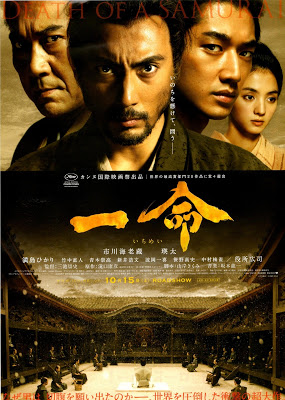 Even so, the standout here is the score composed by the rather legendary Ryuichi Sakamoto, a former member of Yellow Magic Orchestra who also did the sound track for The Last Emperor (1987), winning him an Oscar. 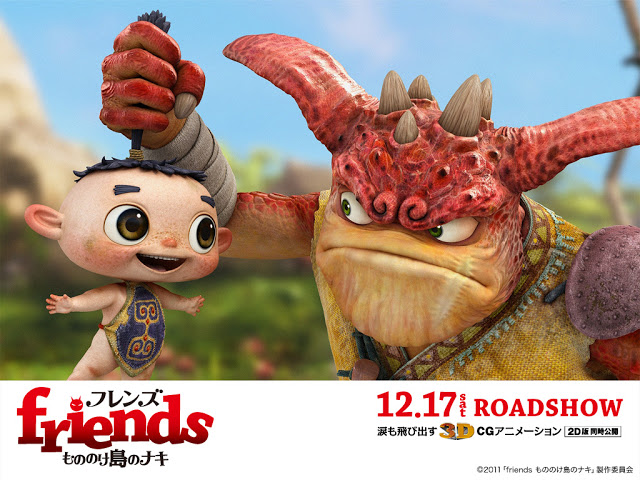 Back in mid-December we also copped a dose of CG feature-movie animation with Friends: Mononoke Shima no Naki (Friends: Naki of Monster Island), which opened at #4 in the Japanese Box Office.

Directed by Takashi Yamazaki (who also did the very fun 2002 sci-fi romp Returner as well as the recent, patchy live-action version of Space Battleship Yamato), it’s a fun outing that is a wee bit inconsequential and reminds me a lot of Pixar’s Monsters, Inc. mashed with Where the Wild Things Are.

Basically this relates the tale of an island where monsters reside. Fittingly, the place is called “Monster Island”, though the critters themselves are actually friendly chaps who’re petrified of humans.

Cue arrival of lost human child, some ogre-kid bonding, and the mission to return the wee little one to his parents. As I said, it’s a bit Monsters, Inc. – but then takes the story still further. I dug it. The animation is great, as are the voice acting talents of Kouichi Yamadera (Spike Spiegel in Cowboy Bebop and Togusa in Ghost in the Shell), Sadao Abe (who starred in last year’s TV hit Marumo no Okite) and Shingo Katori (from J-pop band SMAP).

Definitely see this one in Japanese.

Still, this is something special since it comes from director Shinobu Yaguchi (Waterboys, 2001), who has an absolute knack for creating unexpected gems from seemingly sedate situations. 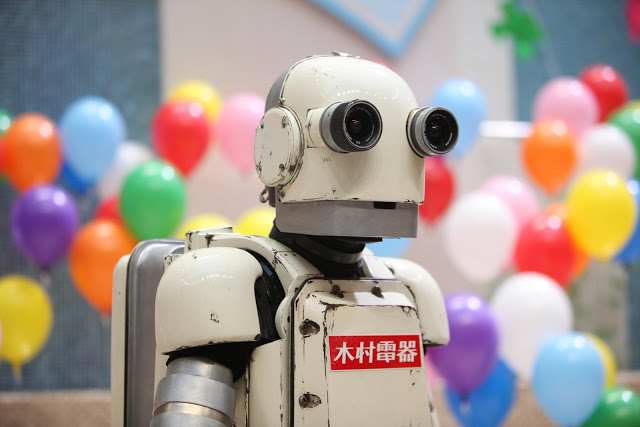 The story revolves around a team at a small electronics manufacturer, who receive an order from the company president to develop a robot to get the company better exposure. However, one week before their planned announcement at a robotics expo, their robot gets destroyed – so, in order to save face, they decide to take the stage with an old man (Mickey Curtis) stuck in a robot suit – with their “robot” garnering acclaim and fame.

The treat here is watching (and listening to) veteran actor Naoto Takenaka, who’s done voice work for Mamoru Oshii’s Ghost in the Shell 2: Innocence and previously appeared in cult classics like Ping Pong, Azumi and 20th Century Boys. Yuriko Yoshitaka (Gantz) also shines, and 73-year-old half-Japanese actor Mickey Curtis – who has appeared in gems like Masato Harada’s Gunhed (1989) and Shunji Iwai’s Swallowtail Butterfly (1996) – is a hoot as the old sage in the tin-foil suit.

One of the highlights of the New Year, and something that proves Japan is well and truly “back in the game” of cinema making after a dry 12 months. 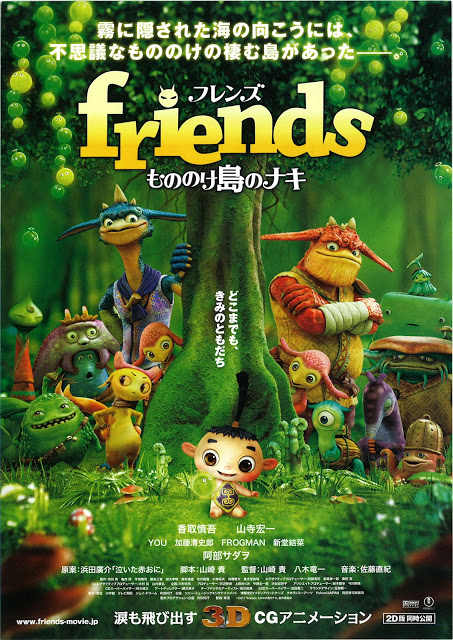