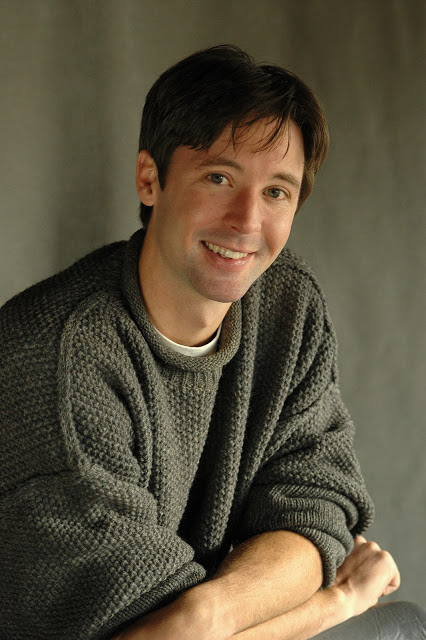 Garth took some time from his busy schedule to talk science and all things geeky.

Your books cover both the scientific and the fun aspects of geekery. I know your educational background is in music, math and pre-med. How did you become a writer and more specifically, how did you become interested in the subjects that you cover?

My dad’s a former president of the American Accounting Association and I grew up playing with numbers — math club, chess club (jazz band, rocket club…okay, I should stop now). We did Games Magazine cover-to-cover and rarely missed Jeopardy.

Later I spun my love of patterns into a Masters in music composition, but that was about the extent of my skill: I was a black dot pattern pusher and I always felt like a bit of a charlatan when faced with people who had music in their ears. So at age 28, basically unemployed and unemployable I spun back to math, which in turn led me back around to science.

Damn, is that eclectic enough for you?


For your new book, Brain Trust, you interviewed Nobel Laureates, MacArthur ‘geniuses’ and National Medal of Science winners. Did you go to them with specific questions, or did they individually bring their own interests and obscure knowledge to the table?

While on the phone with stats guru Wayne Winston, he was yelling at LeBron James because his model predicted a wider point spread for USA basketball.

Talking with mathematician and puzzler Ian Stewart about card tricks, he started telling me about trying to use rotational mechanics to get his malfunctioning cat to land on its feet.

Psychologist Gordon Gallup illustrated his points about gullibility by telling the story of how his mother tricked him into marriage.

You can’t get this stuff from scientific abstracts. I think in this case an open mind, a willingness to digress, and fast typing skills got me much more than subject matter expertise.

As a country, the United States is falling far behind other countries in both math and science. What do you think we can do to create interest in this within our culture?

I have a three and a five year old and so education is close to my heart right now. When teaching my son titrations, I hooked his ear up to a 9v battery that gave him quite a little zap if concentrations went too high or too low — but you know, I’m not sure it did much good and the smell of burning hair was really hard to get out of the curtains.

Rather than testing, I think it’s gotta have something to do with the joy of discovery — framing math as solving fun puzzles and science as the process of looking out into the world and wondering.

I think science is one of the few ways to get that *no way* factor you remember from when you were a kid — I mean, who doesn’t love robot fish that are accepted by real fish and go on to lead the school?

That’s just cool. And even better is the idea that science can inform our lives — we can date better and diet better and bet better and, in short, with enough expert advisers, live the scientifically perfect life.

There are a lot of things I’m bad at, but for every one of these things, there’s a scientist who’s solved it.

What scientist is criminally ignored by history?

The fact that he’s fictional shouldn’t detract from his achievements — while scientists I’ve talked with like Joseph Ecker and Craig Venter are only now cobbling together living creatures the size of cells, Frankenstein created a seven-foot-tall monster. Talk about visionary!

Also, I’m not sure this qualifies as science, but I’ve always had a massive man crush on Grigori Rasputin.

I would say Alan Turing, but I think he’s too mainstream.

Have you decided on your next project, and what is it?

Yep — I’m writing another book for Random House, tentatively titled Geekercise! I picture Bill Gates in leg warmers, but that’s beside the point. The content, however, is top secret.

I’m geeking out mostly on kid stuff these days — somehow I’ve completely lost the ability to transform a Transformer, though I’ve kept my skillz with K’Nex and Lego (likely by keeping said skillz current by building Ikea furniture, fueled by me wife’s addiction). I’m also geeking out on puzzle apps like Swampy and Cut the Rope.

Of course I’m always geeking out on Science Daily headlines, which you can find me submitting to Digg, Reddit and Slashdot.

Be sure to check out Garth’s Official Website, HERE! 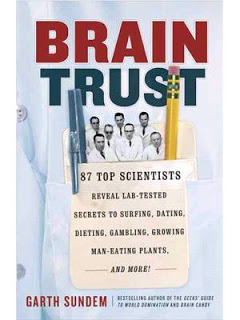