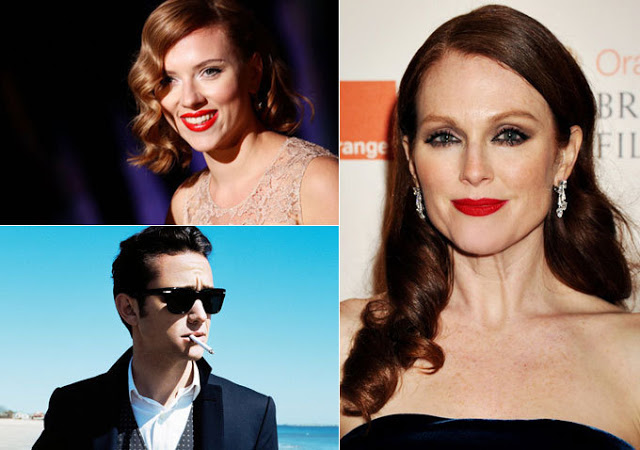 I’m going to be completely honest with you here, I had no idea that Joey had so much power in Hollywood (apparently he’s the head-honcho of a growing media empire called HitRecord). To me, he will always be the little dick in the re-make of Dark Shadows so I have a little trouble seeing him as a Weinstein Bros.-type player.

Regardless of my ineptitude to keep up with Joey’s activities, he is currently getting some heavy-hitters to join his as yet unnamed movie that he is directing (It’s apparently about a Don Juan who is trying to rehabilitate himself) and both Julianne Moore and Scarlett Johansson linked to it.

All I can say is, Good for you son.

May your rise to power be swift and bloodless.