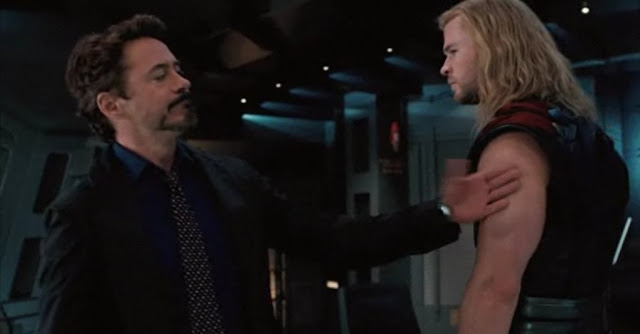 The Avengers is headed to theaters in just a few months and with pre-production on both Iron Man 3 and Thor 2 in full swing, some interesting revelations about both films have been released via Disney Film Auditions.

Iron Man 3 starts shooting on May 21st in the Wilmington, NC area and other locations in North Carolina through September 7, 2012.

In this third installment of the Marvel Studios film adaptations of “Iron Man”, the storyline is being described by writer/director Shane Black as being a Tom Clancy-thriller, with Iron Man fighting real world villains. Black stated “the studio wasn’t happy with the result of Iron Man 2, a result that pretty much came about due to a rushed production in an attempt to hit a release date rather than simply make a good film, but I digress. Iron Man 3 will not be another ‘two men in iron suits fighting each other’.

No mention of the villain yet, and although not officially announced, it has been previously mentioned that Iron Man 1 & 2 director Jon Favreau would reprise his role as Stark’s bodyguard Happy Hogan.

Thor 2, “will take Thor literally to other worlds. It will primarily be the journey of that character, of he and Jane Foster and how the new dynamic with his father is working out, as well as what are the broader stakes for The Nine Worlds.”

Filming primarily in London (with additional photography in Los Angeles), Thor 2 is expected to begin production this summer.

Thor 2 will be directed by Game of Thrones Emmy winning director Alan Taylor from a screenplay written by Robert Rodat, original drafts by Don Payne based on the Marvel Comics by Jack Kirby, Stan Lee, and Larry Lieber.

Kenneth Branagh who directed Thor will stay on in a producing capacity.

Other Marvel films in development include Ant Man from director Edgar Wright, and presumably, Captain America 2 and Avengers 2.