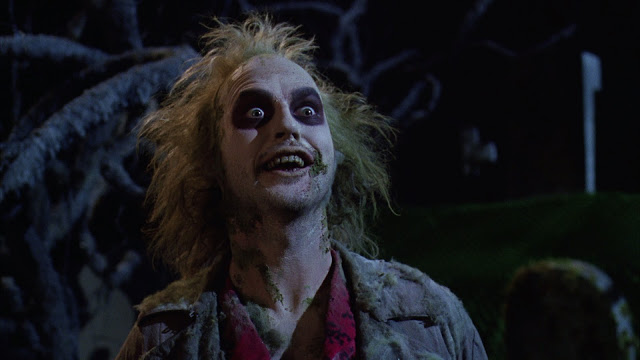 Rumors about a sequel to Beetlejuice have been going around probably since right after the movie premiered in 1988. Now we get a little more info from the writer about what the real project will be.

In an interview with Collider, Seth Grahame-Smith, author and screenwriter of Abraham Lincoln: Vampire Hunter, talked a bit about what will be in the sequel and a few other details about the project that’s supposed to be a true follow-up to the classic horror-comedy.

First up is the news that Grahame-Smith confirmed Michael Keaton would be reprising his role and Tim Burton will be producing the project. He also said, “This will be a true 26 or 27 years later sequel. What’s great is that
for Beetlejuice, time means nothing in the afterlife, but the world
outside is a different story.”

The writer is set to write at least three projects in the upcoming year, Beetlejuice being the last one on the list. “Beetlejuice is hopefully the third thing I’m gonna write this year,” he said. “I’ve met with Tim about it, I’ve met with Michael Keaton about it. There’s a lot of goodwill to want to do it from both of those guys; Tim from a producing aspect and Michael from returning to the character. Again, it’s on me. It’s whether or not I can come up with a script that’s worthy of them jumping back in.”

One of the best things that Grahame-Smith said was the fact that this film would be a true sequel and not a remake or a reboot or a reimagining. “I have a rough idea of what it’s gonna be. However—I should stress this—it’s not a remake, it’s not a reboot, it is a true sequel with Michael Keaton as the title character Beetlejuice. The thing that Tim and Michael and I all agree on, and is most important for me is, I don’t wanna be the guy that destroys the legacy and the memory of the first film; I would rather die. I would rather just not make it, I’d rather just throw the whole thing away than make something that pays no respect and doesn’t live up even close to the legacy of the first film.”