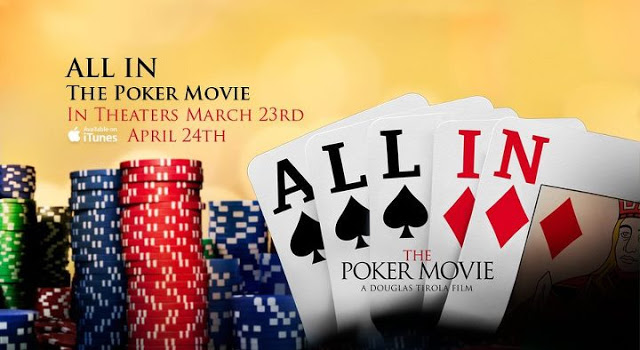 Next week on April 24th, All In – The Poker Movie will be released via digital retailers including Amazon and iTunes, with a DVD release to follow in July 2012.

Written and directed by Douglas Tirola, and produced by Susan Bedusa, Robert Greene and Tirola, All In – The Poker Movie chronicles the worldwide poker boom that started in the underground clubs of New York City and went on to be played at homes and casinos all around the globe. The film explains how poker has become the target of politicians who have tried to cut off the ability for millions to play and for many to make a living.

This documentary weaves the quest for the American Dream, the ability to take risks, and the celebration of entrepreneurship with a game that began with conmen on riverboats nearly two centuries ago. Poker has become a metaphor for making it big quick, and though millions play it, poker seems unable to escape it’s cinematic image of something done by people on the outside of society. The film’s extensive research, archival footage, and interviews with today’s poker celebrities, as well as social commentators such as Ira Glass and Doris Kearns Goodwin make this the definitive exploration on this worldwide cultural phenomenon. 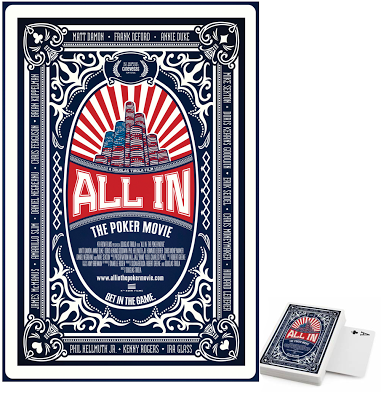 To enter, please send an email with the subject header “ALL IN” to geekcontest @ gmail dot com and answer the following question: