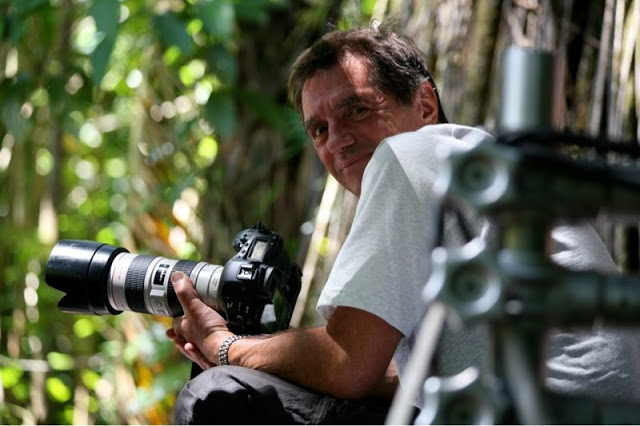 A founding member and past president of Society of Motion Picture Stills Photographers, James has also authored thirteen photography books.  His newest, Mission: Impossible – Ghost Protocol, A Shooting Diary, chronicles his sixth collaboration with Tom Cruise (his seventh, Rock of Ages will be out later this summer and his eighth, Oblivion, will be in theaters in 2013).

David took some time out of his extremely busy schedule to chat about his work on Mission: Impossible – Ghost Protocol and his role in the industry.

You’re in your sixth decade as a professional set photographer. How did you get started?

I started shooting pictures when I was about 9 years old.   When I was ten, MGM came to shoot outside the small village school I attended in England. I was hooked.

I left school after my fifteenth birthday (which was normal then), and it took me a year to get into the studios.  I wrote many letters to MGM and other studios and rejected by all.  I was told that I had to be in the Union before they could employ me, the Union, of course, said just the opposite, they couldn’t give me membership till I had a job.

I wrote back to MGM with this revelation just to be told that the Union was wrong, they still could not give me a job. My uncle ran a small village pub and I was in there on a Friday evening, a beer in front of me and the (I thought) final rejection letter killing my dream of being a photographer in movies.

A regular to the pub was sitting beside me, he asked me why I looked so depressed. I told him the whole sad story.  “Well,” he said, ” I don’t know what I could do to help you, but let me see if I can think of anything over the weekend”,

He gave me his number and I was to call him the following week. Monday came around, I was working in as technical drawing office wearing my elbows out on a desk.

I pulled out the number and made the call, a young lady answered, “Hello, this is the MGM still photo department, can I help you?”

I started on my career the following week. Just 16 years old and I was on my way.

Are your set photographs staged or do you take them during filming?

A lot of them are, but there are many that I will stage up, sometimes because of the nature of the scene it’s better for all to pull out the movie camera and let me shoot on my own.

There are other times when, because you have to try and tell the story of the scene in one shot that you can alter the set up and create the story telling image. 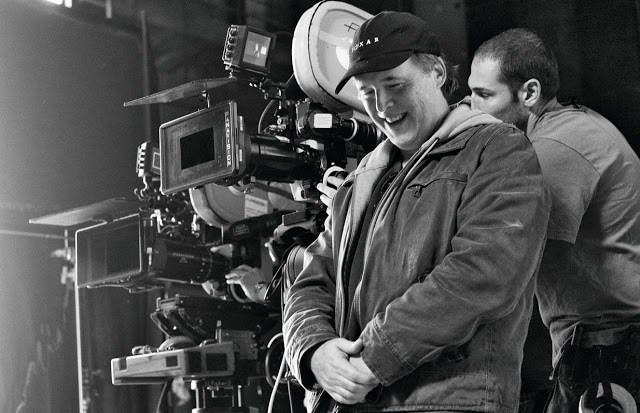 Your book, Mission: Impossible – Ghost Protocol, A Shooting Diary, features some truly stunning photographs, many of them candid. How do you get your subjects to both relax and while at the same time blending into the background?

I try to get a good relationship with the actors and get their co-operation. I have worked on many projects with Tom Cruise, so we are comfortable with each other. 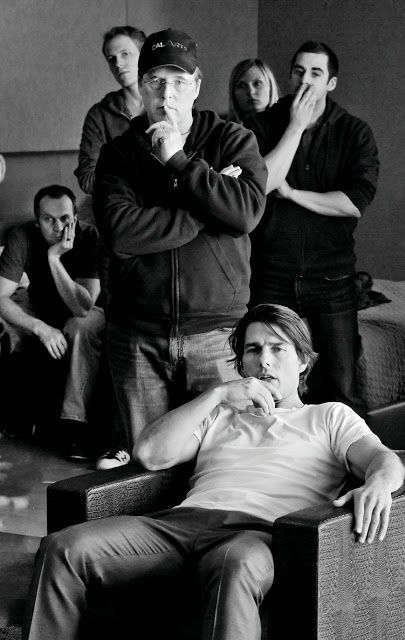 If we are shooting inside I always wear black, you want to get the best images without being a distraction. I once witnessed a grip wearing a bright red shirt and that was all the actor could see.

He had to go change. If you have ever been in front of a camera and have had to act a role, the last thing you need is a bunch of people leaping about in bright colors. 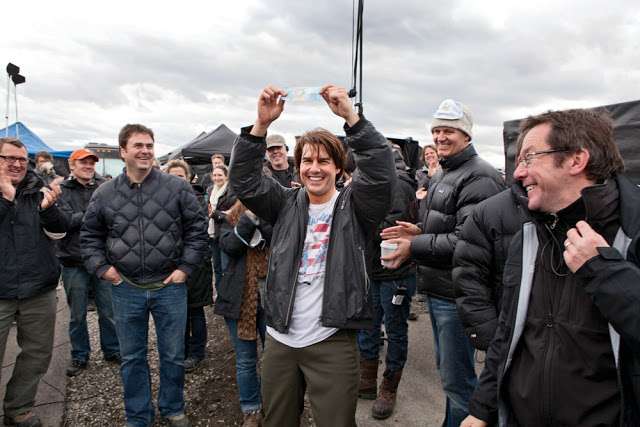 I have to ask you about the photographs of Tom Cruise sitting on top of the Burj Khalifa. How did that even come together?

When Tom asked me to do the movie with him, I said that we had to come up with something different, some photo that would be really hard to beat.  I had no idea what the would be until we arrived in Dubai and one look at the Burj and the plans were set.

Tom was jumping at the chance to get up there as was I.

I made three recess in a helicopter to find the angles and look at light at different times of the day.  We had stunt men go up so that I could see how close I could get for the best shot. 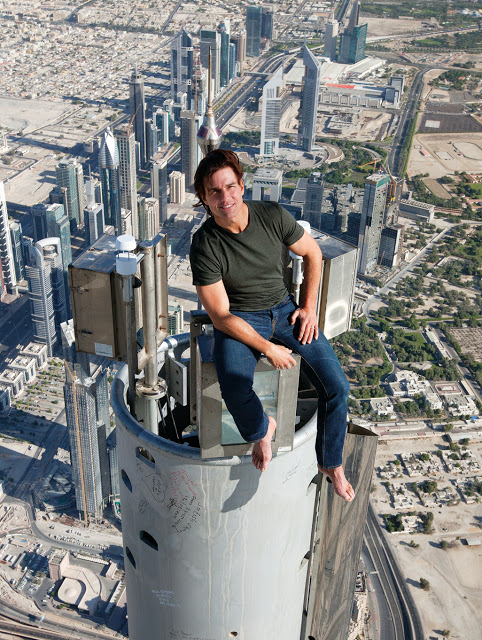 With both Tom and Steven, it’s the same, they are both dedicated to the project.

I keep asking Tom, when will he direct a movie.  He has the talent and the dedication to whatever he is doing. My job on a movie is to put backsides on seats in the theatre, I do that by working hand in glove with the director and cast to get the best images.  My philosophy is, ‘if it wont sell a seat, don’t shoot it’. 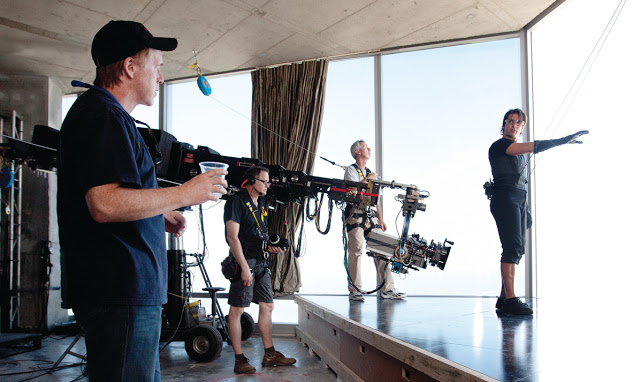 Usually the story and the people I am working with.

There are times when you go outside that area.   For instance, when I shot Saving Private Ryan and A Band of Brothers, I studied everything I could about Robert Capa, the greatest war photographer ever.
Another aspect that’s really important to me on the set;  the set itself, the costumes and the lighting, the general ambiance.

Like a method actor, the more you get into the subject the better you’re recording of the event.

Do you have a favorite project and/or subject to photograph?

I have just completed work on a Steven Spielberg movie about Lincoln and am now heading out to shoot with Tom Cruise again.

For relaxation it’s Fly Fishing and Golf; both take you to beautiful places. 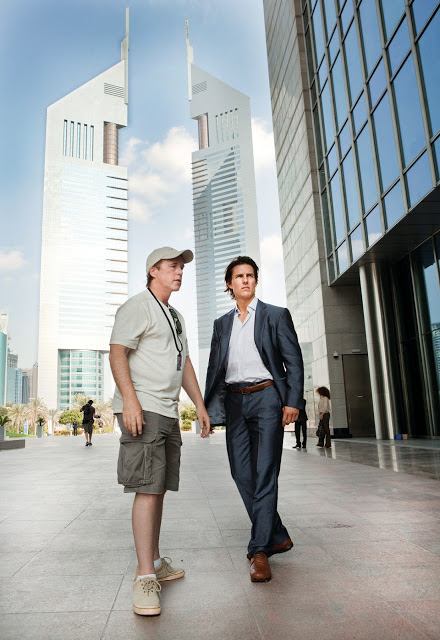