Katy Perry is an important figure in popular music.

It seemed for a while like she might fade into obscurity, that maybe the success or her first album was a fluke, boosted by the novelty of her first single, “I Kissed A Girl.”

But everything changed when Katy Perry became the second artist in the 53-year history of the Billboard Hot 100 to have five songs from the same album reach Number 1.

The only other artist to do this was Michael Jackson with Bad. 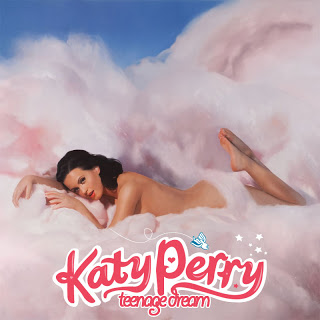 Now, Teenage Dream isn’t a terrible album (the title track in particular is an almost perfect pop song, in my opinion), but it’s certainly no Bad. But still, five songs in the number-one spot. From the same album. I know that popularity doesn’t equate to quality, but that’s a level of saturation that you can’t just ignore.

Katy Perry is one of our most important pop stars, and it seems like she’s going to be here for a while. 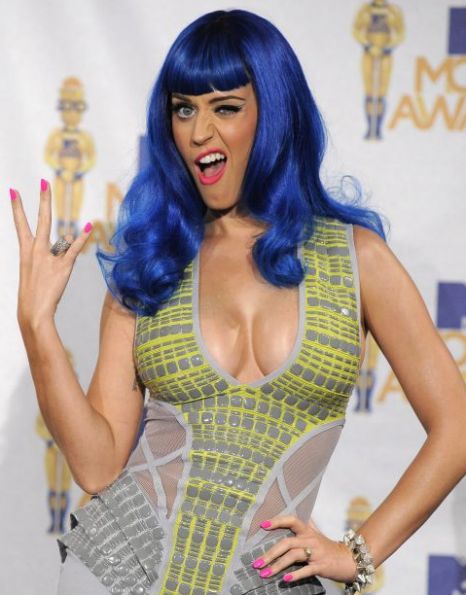 Given what a major figure Perry is on the pop scene, maybe we should take a closer look at her first album, and no, I don’t mean 2008’s One of the Boys. The album that gave us “I Kissed A Girl” is actually Perry’s second album. Her first album was released in 2001 under the name “Katy Hudson” and it’s… a little different from her latter work.

Have a look at some of the lyrics and see what I mean:

Now, this isn’t an Amy Grant situation, where an artist who was successful in the world of Christian music decided to make songs with a more secular theme (a move that I will henceforth refer to as “the reverse Bob Dylan”). This album, titled Katy Hudson, didn’t make the charts, hardly anyone noticed it, and the label that released it actually went under about two months later.

I guess you could say that Katy Hudson was no Amy Grant.

Okay, that might be a little harsh. After all, Katy was only sixteen years old when Katy Hudson was released. Her motives for switching genres may have been less calculating and more based on hurt feelings. If I released an album when I was sixteen and no one liked it, my response would probably be similar.

“You know what? Fine! If you don’t like my album, I’ll just take off my clothes! There! Is that enough? NOW DO YOU LIKE ME?”

That strategy probably wouldn’t have worked as well for me as it did for Katy, but that’s beside the point.

So, why didn’t anyone like Katy Hudson to begin with? I’m not extremely well versed in Christian music, but I know enough to say that people probably didn’t like it because it isn’t very good.

Musically, Hudson is an awkward mish-mash of 90’s alternative and contemporary Christian praise music, except without any of the things people like about those two genres.

The instrumentation is bland mixture of drums, guitar, bass and plenty of those generic strings that producers sometimes throw onto a song to make it sound more “inspirational.” The only notable exceptions are “Growing Pains”, which has a cabaret/musical theatre vibe with its heavy use of piano and weird call-and-response lyrics, and “Spit”, which opens with 20 seconds of record scratching and sent me into a panic at the thought of Katy rapping. Thankfully, she doesn’t.

There’s nothing exciting about this music, but it would work well in the service of someone who knew how to write a decent hook. Katy Perry’s recent output shows that she definitely possesses that skill, but Katy Hudson? Not so much.

Actually, it’s not that this album is completely lacking in hooks.

There are a couple of choruses that have the potential to be catchy, but Perry’s obnoxious caterwauling is like a brick wall that prevents melodies from getting stuck in your head. She has named Alanis Morissette as one of her influences, and it shows in the way she tries to sing these songs. Someone probably should have told her that you’re not suppose to warble the lyrics like that unless you’re expressing a powerful emotion or you have a voice people enjoy hearing.

I’m not trying to be mean. Katy Perry is a fine singer who’s capable of hitting every note she tries for. On her best songs, her voice can even portray a sense of alluring vulnerability. But this album has her stretching out words and vocalizing like she was Mariah Carey. But she’s not Mariah Carey, and her attempts to sound “soulful” in these songs are grating, not impressive.

The lyrics recall any number of songs that have been projected on the walls of non-denominational churches, but they miss the mark for being material for the Sunday-evening worship service. However, they’re too generic to be appreciated on any other level. Katy Hudson is stuck in a Contemporary Christian Music no-mans-land: too personal for an entire church to sing along to, but not confessional enough to express any real emotion.

As I said before, Katy Perry was only sixteen when Hudson was released.

I think it’s important to keep that in mind. This album is not particularly good, but I have to admire Perry’s bravery in putting herself out there like she did. In a way, it’s kind of sad that she felt she couldn’t be successful by being herself, that she had to transform into this overly-sexualized, vapid-looking pop princess.

It’s even sadder that she was right.

But I don’t know Katy Perry and I can’t pretend to understand her decisions.

Maybe it’s not like that at all. It’s possible that her interests just shifted from performing Christian music to performing secular music; it wouldn’t be the first time someone’s tastes changed as they matured.

After all, Perry included a song on her 2010 album called “Who Am I Living For.”

With lyrics like “It’s never easy to be chosen, never easy to be called” and references to the Biblical figure of Esther, it portrays a young woman at a crossroads in her life, struggling to come to terms with her place in the world.

It is, in short a song that wouldn’t be out of place on her first album, except for one minor detail: It’s actually enjoyable to listen to.