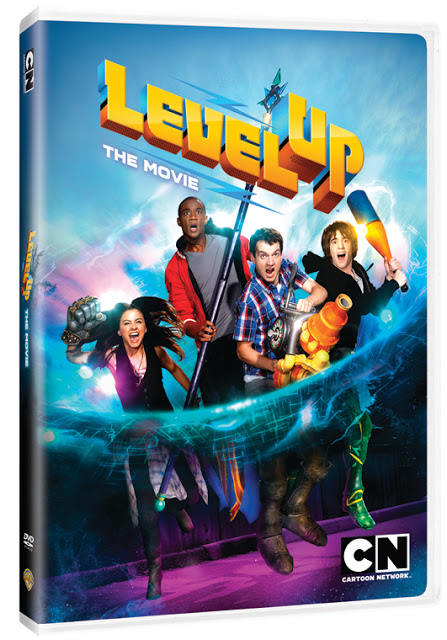 On May 1st, Cartoon Network Presents
Level Up: The Movie

In the Level Up, a live-action/CG-animated 90-minute movie, three heroic avatars battle together in a massively multi-player online video game – Conqueror of All Worlds. But, in real life, they are high school teenagers, who barely know each other’s names, let alone their real identities. Once the game’s baddie and a bunch of his trolls are unleashed in the real world, this trio needs to put aside their differences to fight the evil threat

Level Up, a live-action/CG-animated 90-minute movie, is a fantastical comedy for the videogame age that turns the game on the player. When a glitch in the system releases an evil villain and a bunch of his trolls from an online game into the real world, three high school gamers must join forces to win the game and save the world.

The DVD includes the movie — created and written by Derek Guiley and David Schneiderman (both credited for Chasing Liberty) and directed by Peter Lauer (Sons of Tucson, Chuck) — as well as a first look at the new “Wanted” episode from the praised Level Up television series and a music video of “The Bomb” by Pigeon John.

Creators Guiley and Schneiderman are executive producers on the Level Up television series along with Peter Murrieta (Wizards of Waverly Place, Hope and Faith), who serves as the series’ show-runner. 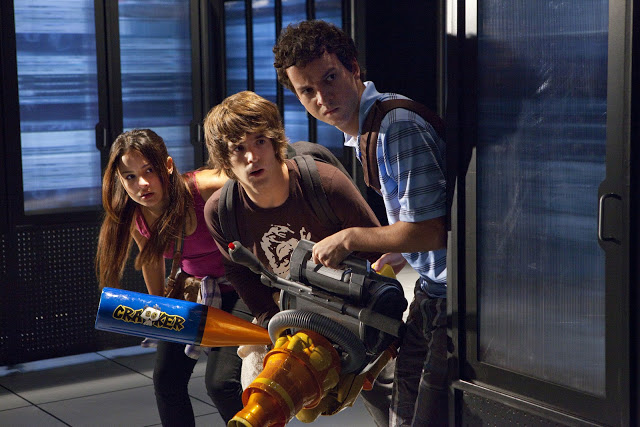