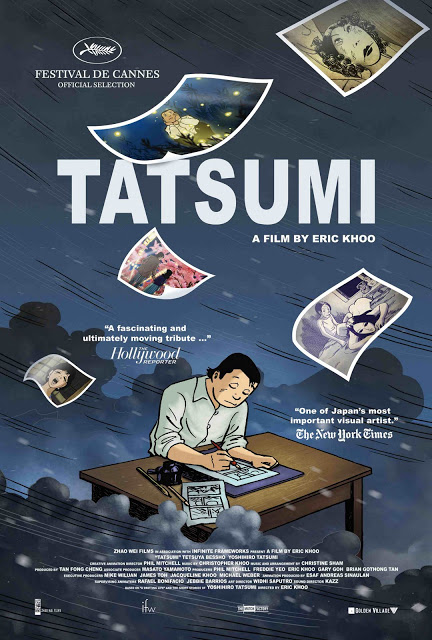 The film is based on Tatsumi’s autobiographical manga tome A Drifting Life. In the film, the story of the Tatsumi’s life unfolds, interrupted and interwoven with several of Tatsumi’s fictional stories. Though at times disjointed, and even jarring, the stories do unfold with powerful, emotional resonance. Beginning with the shock and horror of Hiroshima, the tragic characters of each story inhabit post-WWII Japan and face the cultural transformations that occurred in the aftermath of the war.

While the dark tales are spun with occasional glimmers of hope and dotted with humor, a generally brutal tone permeates the film.

Themes range wildly from sibling jealousy to murder, and even incest. The existential impact of some of these tales is not for the feint of heart. The animation style is simple, efficient, effective and at times beautiful.

For manga fans and those interested in 20th century Japanese history, the film will more than satisfy.

In this article:Animation/Anime, Movie Review, Written by Bill Machon