Suppose a world where Batman had in fact truly been around since 1939, but had disappeared for quite some time.

Then, he somehow had reappeared in 2039 causing trouble for an oppressive government.

Also suppose this concept was written and illustrated by the amazing Paul Pope. 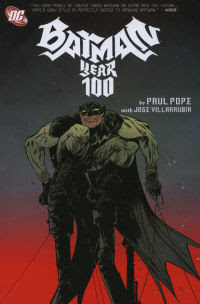 Taking place in a somewhat dystopian future, Batman: Year 100, tells the story of how a mystery man who serves as our titular hero is trying to figure out the murder of a Federal agent that he is being set-up for.

There is a ton more to the story than meets the eye of course, and as things get extensively complicated a variety of characters find themselves drawn into a massive conspiracy on a scale few could have imagined.

The story is interesting, yes, but the real treat here is the art. 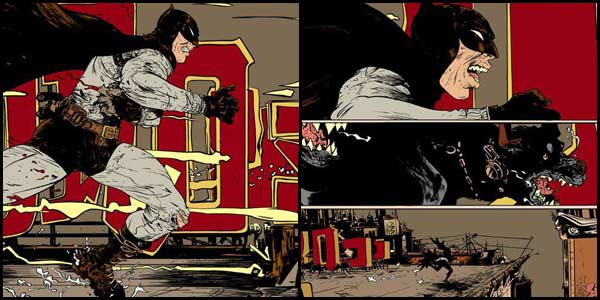 Paul Pope has a style that draws the human body as a fluid and kinetic machine, resulting in a Batman that looks not truly human, animal, or automated, but a mixture of all.

Pope’s concept of a future that is close enough to feel possible but far enough away he can get a bit over-the-top with the technology is just beautiful. This 2039 is a place both recognizable with its run-down buildings and grime, and foreign with its flying vehicles, advanced weaponry, and high-tech methods of communication.

The world seems advanced but also raw and visceral—just like our Batman. 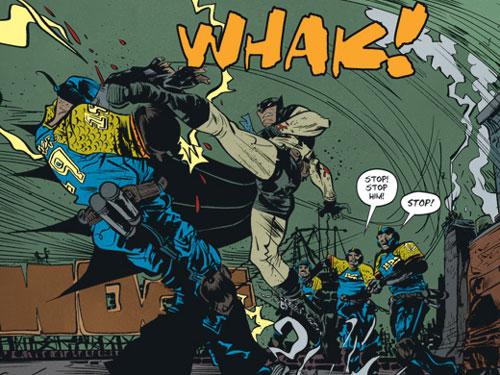 Yes, Pope’s creativity seeps through every page, be it something like dogs with cameras implanted in their eyes or motorcycles that curl up and hang from the wall until needed. It’s a fantastical world that is marvelous if also just dirty and corrupt enough you don’t want to live in it. If this were just a series of art pieces it would still be great, but it also is a comic with a story.

Between his fake fangs and technologic upgrades this truly is a Batman that is beyond human, but at heart still a man. 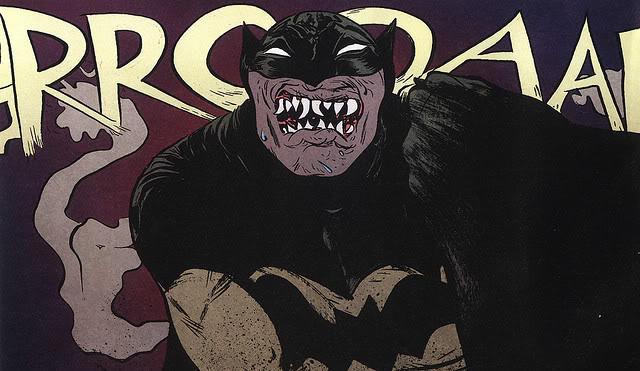 He can be hurt, and cares about his city of Gotham.

Throughout the story we learn very little of who he is and don’t even get his true identity (is it a random man, has it been the same person for a hundred years somehow?) until the end of the book. We do see he has a young man he’s adopted and raised known of course as Robin, a doctor he relies on to patch up wounds, and her daughter whose technical know-how makes her the computer hacker of the bunch.

There is a grandson of the famous Jim Gordon who is an older and
worn-out man that is a detective for the police force (following in the
family footsteps of legal work, it seems). As both he and Batman come
closer to figuring out the conspiracy behind an agent’s murder it
doesn’t take a genius to guess their paths of course cross. 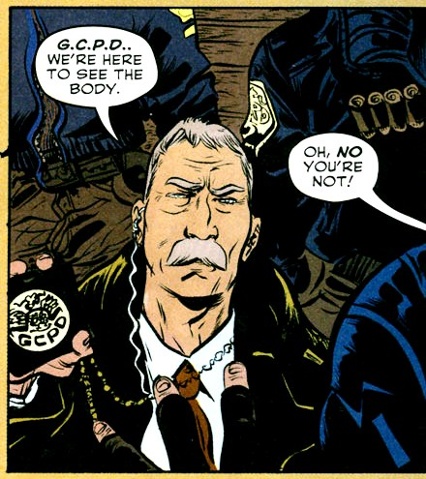 My complaints about the comic would be that while Paul Pope’s art is fantastic sometimes he gets so stylized with it that following the comic can be hard—one has no clue what’s happening so much as stuff just looks good. Also the whole dark secret of Jim Gordon and how he used to work with Arkham Asylum where something that’s supposed to shock us happened feels sort of tacked on to the story.

Then again are you really reading this for the story or art that looks great even if it is at times a bit unclear what’s going on? 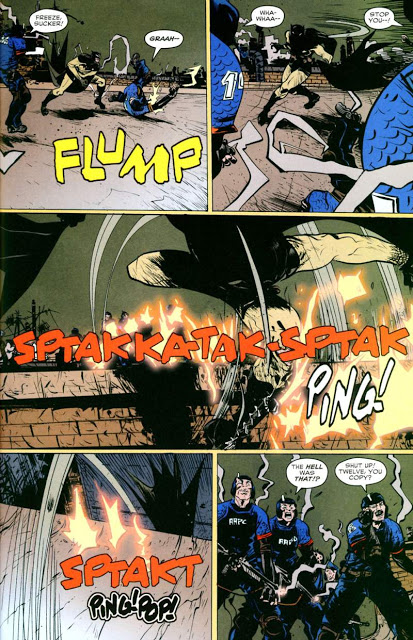 Batman: Year 100 is a fantastic peek into a potential future for our titular hero. It’s a world that’s quite different yet still enough like the present that someone like Batman is needed.

If this is Batman in year 100 of his service, one wonders if he’ll ever be able to finally retire from his crusade against crime and relax. I hope not because when 2039 rolls around in real life want there to still be Batman tales as stellar as this. 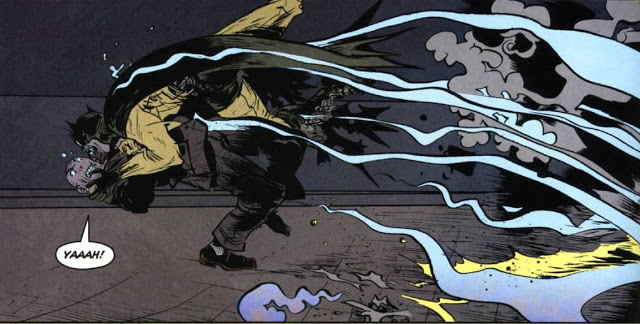