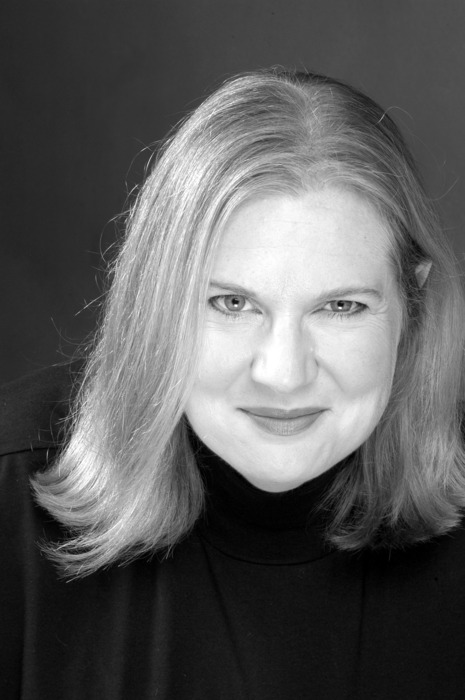 Let me begin by saying that if I could spend everyday writing about Mary Jo Pehl I would. And yes, I am aware of how stalker-ish that sounds but my love for this hilarious and talented woman knows no bounds.

As a writer and co-star of the wonderfully brilliant show Mystery Science Theater 3000 (and now part of an equally hilarious stage show known as Cinematic Titanic) Ms. Pehl is one of those awesome gals that makes you laugh (and I’m not talking about a sensible tee-hee either, one of those honking, embarrassing laughs where mucus and matted hair come shooting out) despite all the nonsense about how women aren’t funny (Bullshit).

So imagine my delight when I spied a copy of her new book of essays, Employee of the Month and Other Big Deals, sitting in my mailbox (I screamed like a Justin Bieber fan) just waiting for me to ignore my husband and read it. 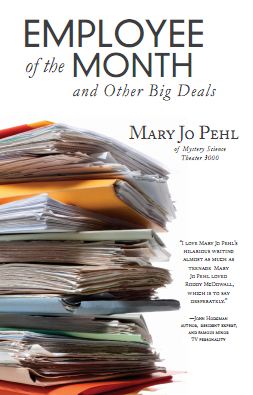 And I did. That same day.

But even better than the book (which, by the way, is great) I got to chat with Mary Jo all about it (and I didn’t once wet myself in pure, unadulterated glee).

Which just goes to show, it really pays to be a non-lethal stalker.

Check out the interview after the break.

FOG!:  I read Employee of the Month while sitting at the DMV waiting to be told that I didn’t bring the correct documents in order to get my named changed on my driver’s license. Your essays were a godsend during those few hours and my loud snorts of bemusement were not appreciated by my chair neighbors.

MJP: Ha! Glad to hear it! I aim for loud snorts and/or liquids being spewed through one’s nostrils (or “nosal passages” Nosal passages, you say?!? WHAT?!?! Read the book.)

FOG!: Which brings me to my first question: Why are humor essay books not given the same accolades as regular fiction books? Your book is filled with hilarious tales of absurdities and wonderment that I would love to see win the National Book Award but we happen to live in a world where the Twilight fan fiction book 50 Shades of Grey ranks #1 on the New York Times Best Sellers List. What’s wrong with everyone?

MJP: Sigh. “What’s wrong with everyone?” I ask myself that every single day. About everything and everyone, not just this injustice. But that’s a good question, and I have no answer. I think David Sedaris and a few others are exceptions. Maybe people need or want an entire narrative arc to a book, not just snapshots. If you find out why this is, please do let me know!

FOG!: My favorite essays in the book are: I Finally Embark Around the Block which describes you trying to extract yourself from an unpleasant date while being held hostage by a terroist seatbelt and Good Thing the Word Wasn’t “Canine” which has you living through an altruistic moment with a five-year-old.

When writing down these particular moments were you surprised that you lived through them without the help of Lithium and/or Mace?

MJP: Food is my Lithium, and I should try it as my Mace as well! But I often process life through a sort of “journalistic” perspective. I observe the events, and I’ve often sort of let things play out because I’m so very curious as to how it will all end up! Add to that the, ahem, “interesting” people I meet and there you go!

FOG!: Throughout the book are Postcards from China and Peru shorts which give merely snippets of your travels in the world (not to mention a pair of ill-behaved shorts) which made me want to get in a car with you and travel through Mexico just for the laughs. Any plans for a travel book? And if not, could you at least write one for me?

MJP: Yes! I would love to write a travel book for you and you alone! Now THAT’S niche! I don’t have plans for a travel book because I don’t have the financial resources, but oh, I’d love to! (Although I do have a good idea for one, in case any publishers want to hear it.) Thank you for asking!

FOG!:  Employee of the Month is a book that you published yourself. What was the motivation to take the Indie author route when you have an established fan base that a publisher would happily cater to? How has your experience with all the technological opportunities out there in the publishing world changed your outlook on writing more books?

MJP: It was like this: I’d contacted a couple of dozen agents and publishers over the course of a year, and most everyone was really interested. They were familiar with MST3K, or they were familiar with some of my past contributions to anthologies, magazines, or NPR. I had a really good, thorough proposal, and most everyone dug it. And then they’d say “Oh, but books of essays are really hard to sell.”

I got tired trying to push past that. I didn’t know how to argue with that, or say, “So? But it’s been done, right?” About that time, I was getting more familiar with self-publishing and noticing who all was making that happen for themselves.

Moreover, I no longer wanted to spend the majority of my days consumed with trying to woo an agent or publisher, or rebutting their rebuff. I just wanted to write. So I started writing the book and rewriting. I just wanted to write the best book I could. So I focused on that, both creatively and intellectually. In the back of my mind was the idea that . clearly self-publishing was an option, and I’d cross that bridge when I come to it.

In realizing that, it opened up a bunch of options for me. I got to have Len Peralta do some illustrations in it, which I think just make so many of the stories. I’m not sure I wouldn’t have had a struggle on my hands to do it with a publisher.

When I did come to that bridge (or “bwidge” – read the book!) I thought, I’m ready to move forward on my own terms.  I will make it happen because I believe in this book and if I don’t put it out there, I’ll never grow as a writer.

Then it came to pass that I met a fellow at one of the shows who had a copy of my previous, um, booklet. I’m a little abashed about that iteration, and I told him so. He said that if I redid it, he’d help me design it. That fellow, ladies and gentlemen, was Steve Schirra, and he gave the book a real flair – and he made it look professional!  And real and cool!

And voila! Next thing you know, someone’s sitting at the DMV chortling and annoying her seatmates! My work here is finished!

FOG!: And finally, please tell me that Cinematic Titanic tour will someday include Troll 2 so that my pain of watching this movie can be shared with a larger audience.

MJP: Oh, wow! I don’t know! We always have an embarrassment of riches when it comes to finding bad movies, and it might be so notorious that it would be difficult to get the rights! But duly noted.