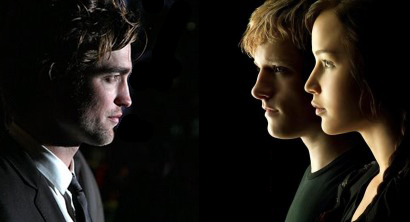 After a positively received collaboration with director David Cronenberg and a second one in the works, this rumor seems more unlikely.

According to TMT, Lionsgate is pursuing Robert Pattinson to join the cast of Catching Fire which will be directed by Francis Lawrence.  Lawrence previously worked with Pattinson on Water for Elephants.

Pattinson is rumored to portray Finnick, one of the competition’s youngest champions, at fourteen, having won the 65th annual Hunger Games for District 4.  By the time the character appears in Catching Fire, Finnick is in his mid-twenties and joins the Third Quarter Quell, a Hunger Games competition consisting of former winners (including Katniss and Peeta).

Next up for the actor is Cronenberg’s Cosmopolis (which has no U.S. release date yet) and the final Twilight film, Breaking Dawn: Part 2 on November 16.

In this article:Casting News, Movie News, Rumor, The Hunger Games