Yup, Avengers are everywhere and cover just about every archetype super hero comics have thrown at us.

But the Hulk really didn’t start as a super hero comic.

He was more the final gasp of the monster comics of the 1950s—where things with names like “Giganto” “Fing Fang Foom” and “Brutuu” terrorized helpless humans. 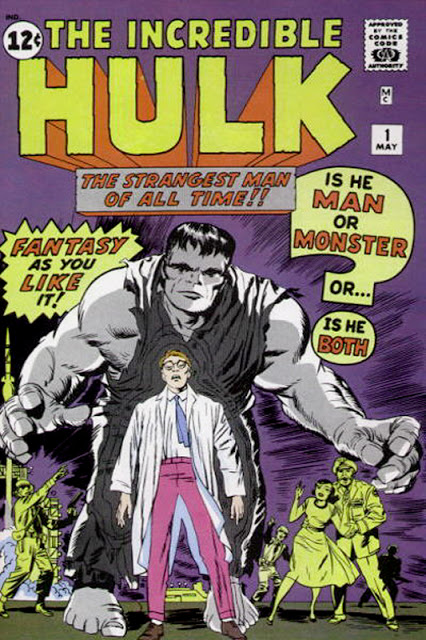 Simple names for simple monsters—like the Hulk.  Though the Hulk proved himself more than that.

As the Hulk often says so himself;  he is not a hero, he is a monster.

The Hulk is often compared to Doctor Jekyll and Mister Hyde in being a man who transforms into an ‘evil’ self, but the reason why the Hulk is better known publically than Mister Hyde lies in the core concept of the conceptualization.

Heck, most modern Hyde-like monsters owe more to the Hulk than to Hyde.

The Hulk is in his simplest form, the ultimate temper tantrum. 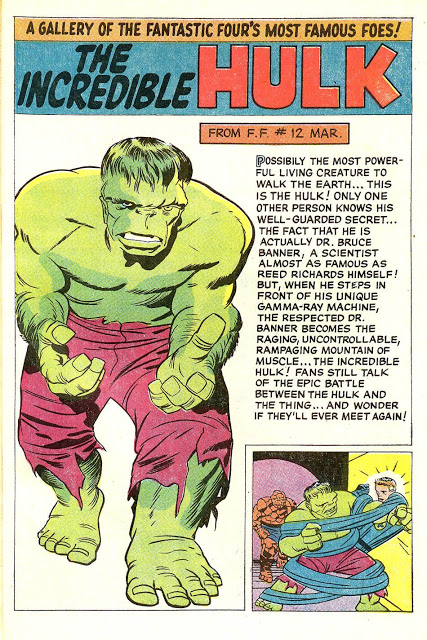 He is what every person who has ever been angry wishes they could do—crush the thing that offends you and have the problem it causes end immediately.   This is of course, an unrealistic solution to most problems, but it’s emotionally satisfying and this catharsis is what makes the Hulk so memorable.

The writers then took advantage of this unrealistic, cathartic image and gave him enemies which, by and large, fit either “Things to smash” or “things to stop Hulk from smashing” and allowed him to get into random super hero battle after random super hero battle and not have it feel forced or contrived.  Where any other hero would only fight another hero under mind control or mistaken identity most of the time—the Hulk would get in a fight just because he’s annoyed that morning.

Super heroes, even in this—the loosest of all uses of that word – and science go together as well as fire and napalm.  And the Hulk lines up all sorts of scientific problems that even the junk science of comic books have a hard time justifying.

Starting at the transformation, things get bad.

The massive expansion and rapid growth of the Hulk from mild mannered Bruce Banner is one of those things which looks good, but makes me wonder where all that mass comes from—and it would have to be a lot of mass to allow him to do half the things he does.  Otherwise, he’d be just like a balloon if he got bigger without gaining much mass.  growing and changing shape is very energy intensive, and requires a lot of energy (IE: food) to do even minor changes.  This goes well beyond anything else.

Comics like to use the idea of ‘drawing on extra-dimensional energy’ to explain things like where Cyclops’ force-beam comes from.  These “Punches from the Punch Dimension” are as good an explanation as any for where the mass comes from—so the Hulk gets Meat from the Meat Dimension.  That would also cover the obscene regenerative abilities he has.

It doesn’t come up very often, but he can regenerate, he’s usually shown as just so thick skinned that most mortal blows barely affect him.  As a result, he’s rather dense.  Negatively buoyant and thus, aiding to the super strength. 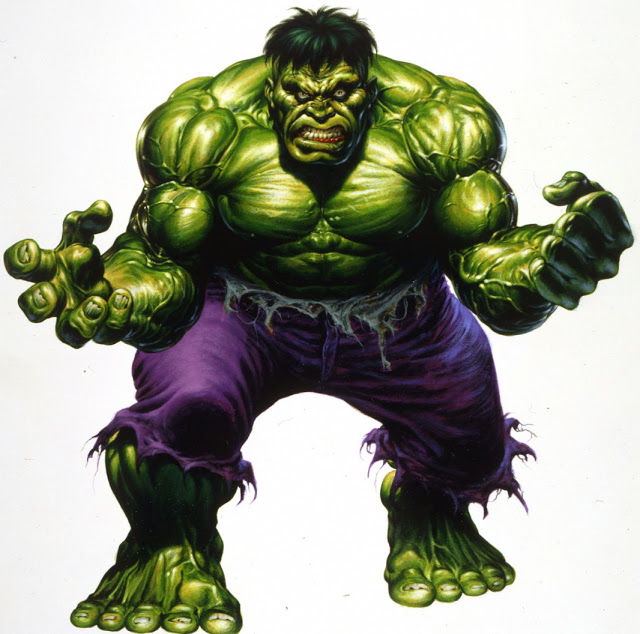 The catchphrase “The angrier Hulk gets, the stronger Hulk gets!” is, as comics do, exaggerated add-infinitum so that he can do crazy things like blow up asteroids the size of Texas or crack continental shelves, but has some basis in reality. The brain keeps the muscles in check to prevent them from over-exerting themselves and damaging the frame work.  At certain times of extreme stress, adrenaline is released and people are capable of feats of strength far beyond what they are normally capable of.   It’s a similar principle, just taken to extremes.  It’s tied directly to the fight or flight response, which is where anger (and fear) comes from.

But overall, he’s a dwarf Godzilla without the radioactive breath.   Godzilla’s biology is extremely applicable to the Hulk’s.   He’d have to be extremely dense to have the bullet proof skin and to support the feats of strength he accomplishes.

Though, if things were accurate to real world physics, he’d tear more things apart when he lifted large objects.  Hulk might be able to sustain those pressures, but the things he lifts up don’t.  They’d rip apart of collapse on top of him when he hoisted it up. 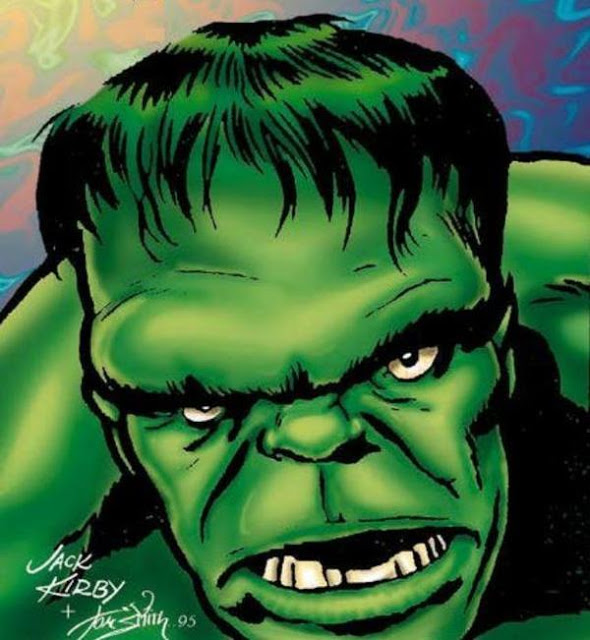