Although there had been art directors and set designers working on films since its earliest days, Menzies’ comprehensive visual approach transformed the role of production design.

He is best remembered today as the man who designed the sets for GONE WITH THE WIND in 1939, but he had a very long career, and made great advances in the design of science fiction and fantasy films among others.

Compared with the department-oriented approach of the studio system, or earlier art directors who were strictly concerned with the design and construction of sets, Menzies took an active role in the total, cohesive design of a film. He became the first person to receive a production designer credit with GONE WITH THE WIND. His work on this film set him apart from other art directors of the period, who usually worked under the supervision of a department head. 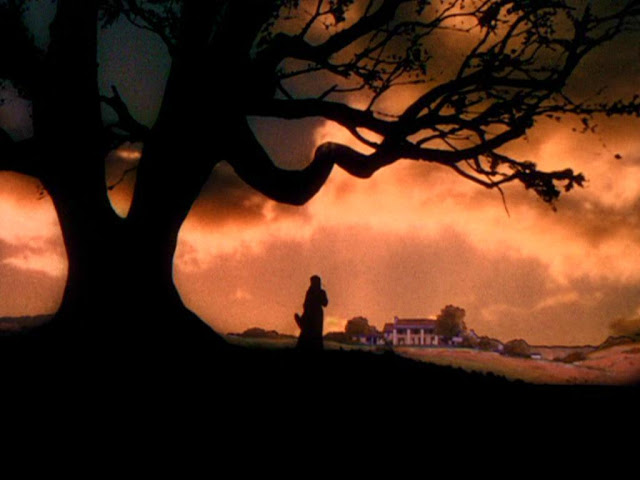 Menzies was also an accomplished director, having made two classics of the science fiction genre: the 1936 adaptation of H.G. Wells’ THINGS TO COME, and INVADERS FROM MARS, in 1953.

Throughout his career, which spanned from the silent era through the 1950s, Menzies would revolutionize the look of films and the role of the production designer.

Beginning in the silent era, Menzies would serve as art director on a number of significant films, specializing in films on an epic scale, and often with a period setting. His first major project was Douglas Fairbanks’ THE THIEF OF BAGDAD (1924), an Arabian Night fantasy, for which he designed some of the largest sets for a film up to that time. 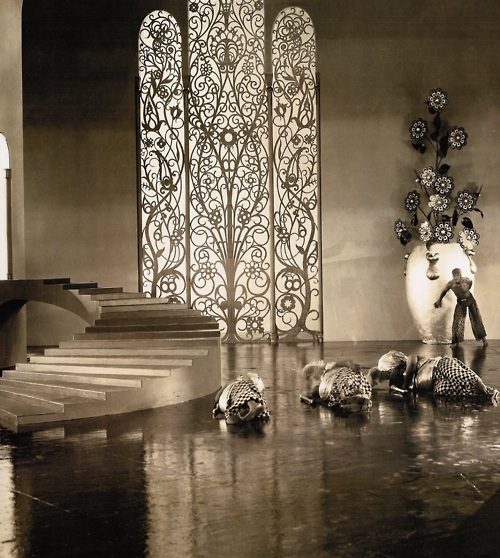 In 1925, he served as art director for THE EAGLE (1925), one of the best starring vehicles for Rudolph Valentino, set in 19th century Russia. This was followed in 1926 by the delightful Constance Talmadge comedy, THE DUCHESS OF BUFFALO, and the John Barrymore swashbuckler, THE BELOVED ROGUE (1927), set in medieval France. 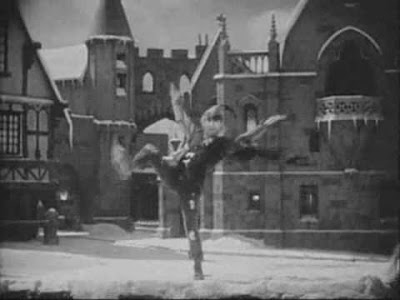 One of Menzies’ most interesting projects was the 1933 version of ALICE IN WONDERLAND,
for which he was officially credited with co-writing the screenplay. Produced by Paramount and featuring an all-star roster of their contract players (including W.C. Fields, Gary Cooper and Cary Grant) portraying the different characters from Lewis Carroll’s book under a variety of masks and makeup, the film was a highly bizarre piece of fantasy, capturing both the whimsy and the nightmarish aspects of the story that have made it a favorite for generations of readers. Unfortunately, when translated to film, these elements stand out, but Carroll’s story, as adapted for the screen, feels choppy and disjointed jumping from one segment to the next.

As William K. Everson notes in his book, “The Art of W.C. Fields”, even though Menzies was
credited only as screenwriter, it is quite likely that he also had a hand in directing the film
(which was officially credited to comedy director Norman McLeod). The emphasis on highly stylized imagery hints that Menzies was involved in a greater capacity that his screen credit would suggest, demonstrating the degree to which Menzies brought a distinct style to every film he worked on. 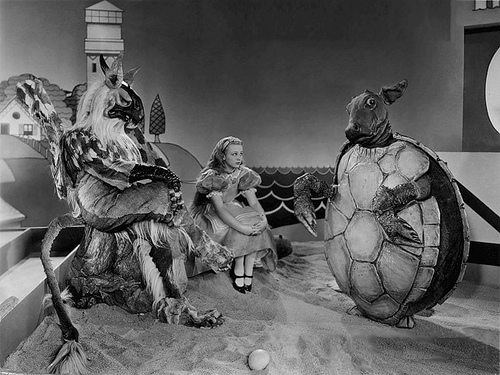 This would not be Menzies’ only directing work; in fact, he directed close to 20 films over the course of his career.

Of these, THINGS TO COME is perhaps the most notable. Based on the novel, “The Shape of Things to Come”, by H.G. Wells, the film was a futuristic science fiction fantasy film which has by now achieved cult status and remains a favorite of the science fiction genre. Interestingly, Vincent Korda served as set designer for this film, but Menzies surely had a hand in the film’s fantastic and futuristic look, with large Art Deco-inspired sets. 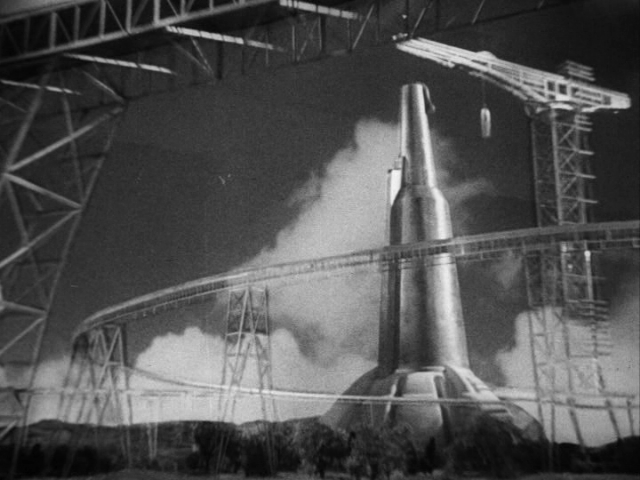 Menzies would serve as art director on various projects throughout the 1930s, but it was with GONE WITH THE WIND that he would do the work for which he would best be remembered.

David O. Selznick’s epic adaptation of Margaret Mitchell’s romantic novel set against the backdrop of the Civil War was an unprecedented undertaking, especially for an independent producer like Selznick, and it took technicians, craftsmen and artists of great vision, working at full capacity, to pull off the production. 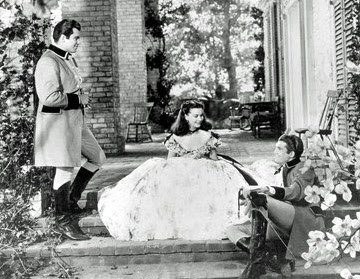 Chief among these was William Cameron Menzies, who – in addition to taking on the role of Production Designer – also did uncredited work directing second unit footage. Because of the number of locations and sets involved (not to mention the rotating directors who would work on the film at different times), Menzies’ role as production designer became crucial to helping maintain a consistent visual approach to the entire film. The extravagant Southern plantations like Tara and Twelve Oaks were brought to vivid life through Menzies’ designs. 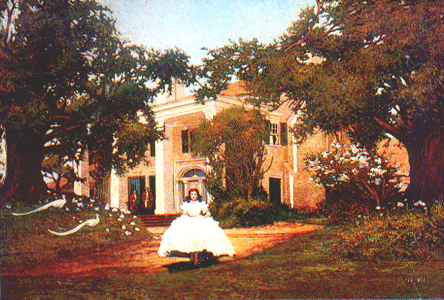 Over the following two decades, Menzies would design a number of notable films for independent producers like Selznick and Samuel Goldwyn, including THE PRIDE OF THE YANKEES (1942), FOR WHOM THE BELL TOLLS (1943) and DUEL IN THE SUN (1946). His skill with epic-scale productions made him greatly suited to these larger-than-life stories. THE PRIDE OF THE YANKEES was Samuel Goldwyn’s biopic about the life of Lou Gehrig (played to perfection by Gary Cooper), while DUEL IN THE SUN was David O. Selznick’s attempt to create a film so large that it would even dwarf his own GONE WITH THE WIND. While it was nowhere near as successful as that earlier film, it remains a fascinating work for its over-the-top production, which Menzies’ sets perfectly complimented. 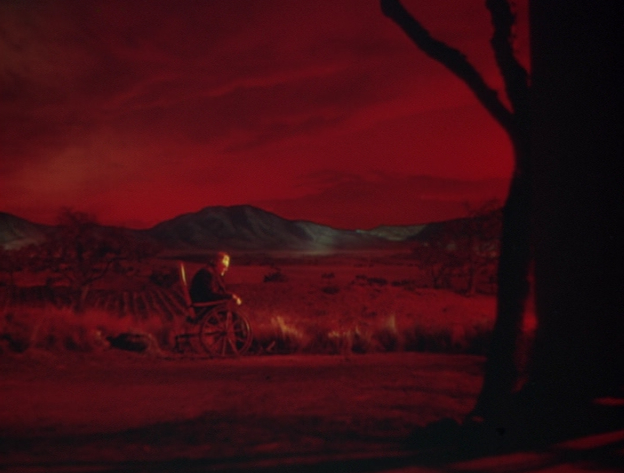 Menzies revolutionized the art of designing for film, and left behind
one of the most impressive bodies of work of anyone in his field, as
well as a legacy to future production designers for whose work he set
the standard. 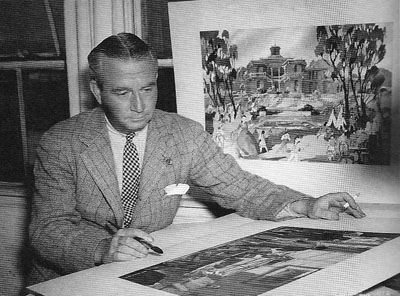