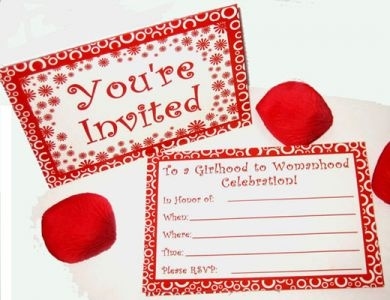 Let me say something up front since I am a girl and have had my period for over 20 years now:

Your period isn’t worth a party.

I’m sorry, but it’s not and having your mother so frakking excited that you are about to ruin hundreds (if not thousands) of dollars in underwear that she SENDS OUT INVITATIONS TO COMMEMORATE THE DAY OF STAIN means that your mom needs to step away from the color printer and adjust her Prozac prescription.

Because at no time in an adolescent girl’s life does she ever want to invite friends over to play a game called Pin the Ovaries on the Uterus: 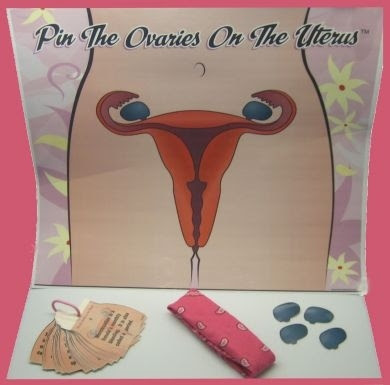 Unless, of course, she is very, very drunk.

A first period is a horrible, horrible thing. When I first got mine, it was in the back of a Chevette at a lake during a camping trip. Which meant, there was nothing I could do to stop the horror show running down my legs except to shove a dirty shirt down my pants and cry.

Then the cramps came. Followed shortly by diarrhea (and remember, this is in a car) which meant that I had to leave the car and drop shorts near a boat dock and expel filth while people were trying to fish.

Did I want a party to celebrate the fact that I was covered in blood and poo?

No, I wanted someone to kill me.

The only thing that could possibly make this experience worse is if my mother decided to throw a party with puberty plates: 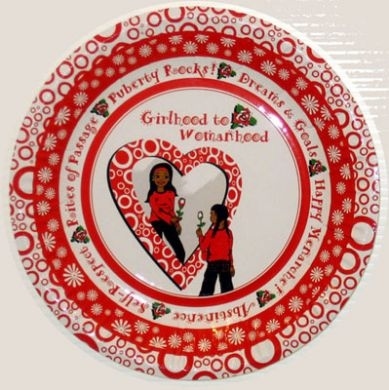 And paper cups that had the word “Abstinence”, “Self-Respect” and Menarche” written on the side: 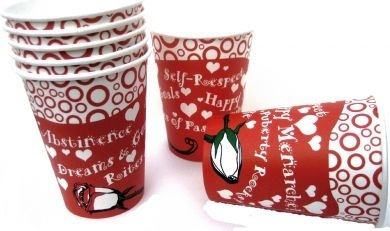 No, what my mother did instead was laugh and tell me that sometimes the cramps could get a lot worse and how when her sister Marcia got her period she could be found moaning on the floor and curled up into a ball because the pain was so bad.

At no time during this conversation did she ever present me with a favor bag: 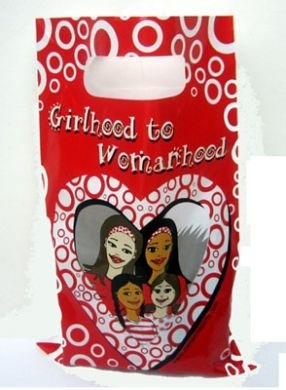 Filled with tampons and Midol.

And even after I started getting my period regularly every month and I had questions about my vagina, my mom never had a sit-down talk with me about becoming a woman.

But, I have to hand it to her, I was extremely well-prepared to handle doggy-style because of the book.

And, at the very least, we never had to play Puberty Marshmallow Mouth together (whatever the fuck that is): 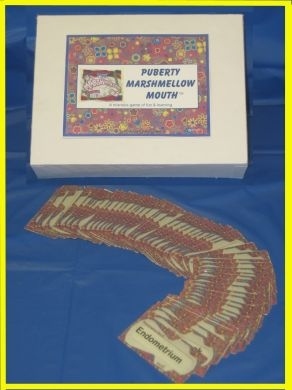 Your period is not a party and if your mother wants to celebrate your womanhood, tell her you want to be left alone instead.

Because nothing is ever worth seeing this on your dining room table: 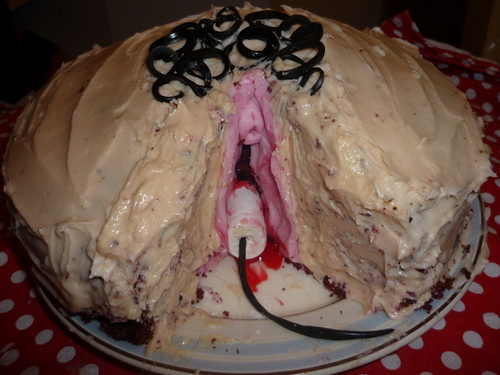