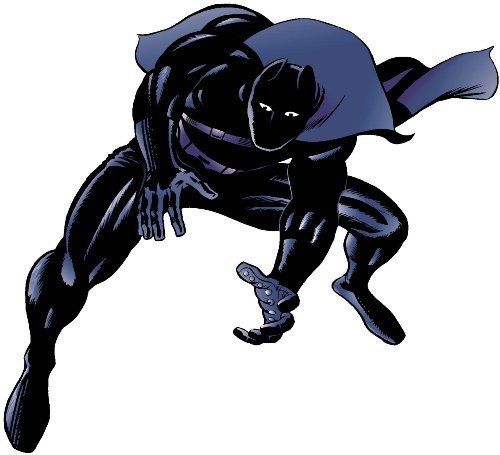 According to the usually reliable, Latino Review, the next standalone Marvel film after Captain America 2 will be The Black Panther.

With a screenplay by Mark Bailey, the film would represent a serious effort by Disney/Marvel Studios to go after the urban market.

The character, who first appeared in 1966, was one of the first prominent African-American heroes in comics.  Created by Stan Lee and Jack Kirby, The Black Panther was actually T’Challa, King of the African nation of Wakanda, and has superior senses and abilities.  Wakanda is also the Earth’s only source of Vibranium, a rare element with near indestructible properties.  Both Wakanda and Vibranium have been already mentioned in previous Marvel films (Iron Man 2 and Captain America: The First Avenger, respectively).

Wesley Snipes was attached to the project almost two decades ago, and over the years, Djimon Hounsou and Chiwetel Ejiofor have all been mentioned to be “in discussions for the role.”

Who do you think would do the role justice?