In the main Marvel Universe, Wolverine had a son named Daken.

I said, “Had,” because his main series ended with issue #22 and it seems he may be dead.

This makes me very sad because I grew to love Daken’s book.

Now, Daken was introduced by writer Daniel Way and was in the comic, Wolverine: Origins, and even in the main Wolverine comic when it was retitled briefly.

You see, the way it was written we were supposed to think of Daken as this super-smart guy who was the coolest thing ever.

On issue #9.1, writer Rob Williams came in, shifted the whole story’s focus to Los Angeles from Daken’s earlier globe-trotting adventures and made this comic one of the best series for the brief time it was around. 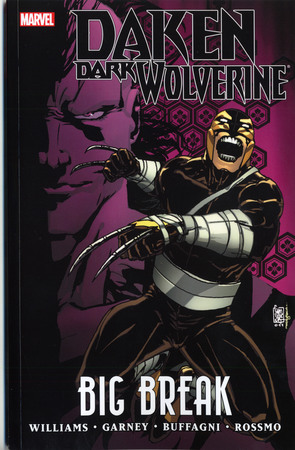 Remember how I said the main problem with Daken was how he was sold to us as being better than sliced bread?

Well, Rob Williams came in, and started writing the comic in a way where Daken still thought of himself as being uber-awesome, smart, sexy, and all that jazz, but we the reader saw it was just one big delusion. Daken wasn’t special, he just thought he was–and we were being shown that. 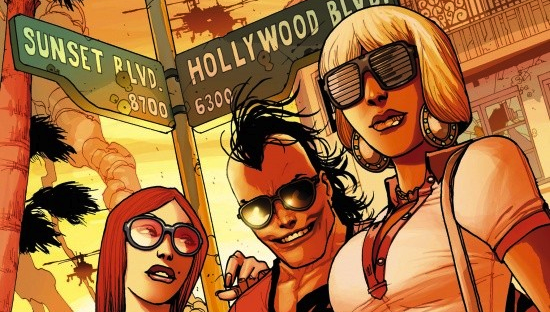 What Williams does in this collection is have Daken go out to LA and try to start his own criminal empire, and that’s the other refreshing thing about this comic—Daken is just an evil guy. So often comics will have the villain be misunderstood, or we’ll have an anti-hero. Nope, Daken’s just bad. He’s a little fish in a big pond with a superiority complex, daddy-issues (which if your father was Wolverine is slightly understandable), and pure evil down to his bones. 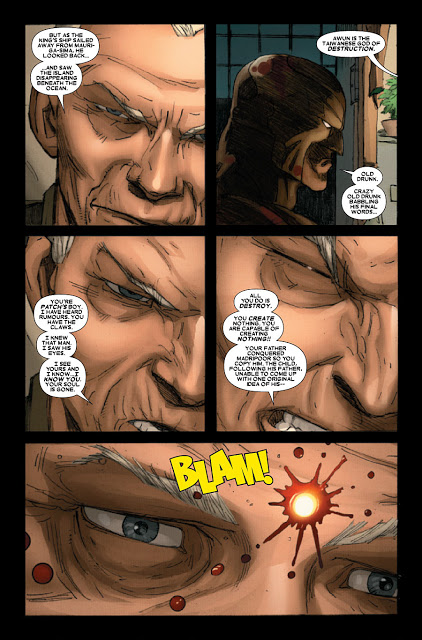 Before going to LA, Daken tells Wolverine he’s going to be doing his own thing, and then we’re off on some crazy adventures. Once he arrives in California,  Daken tries to rob an armored car and through various flashbacks in each chapter we see how he got to the point in time he is currently at of said robbery.

Reading a comic about someone who is admittedly quite smart but can’t recognize his own flaws is interesting, and the fact that an FBI agent named Donna Kiel comes into the story who is every bit the sociopath Daken is—but works for the law—creates someone interesting  to both compare and contrast to Daken, with some romantic tension thrown in). 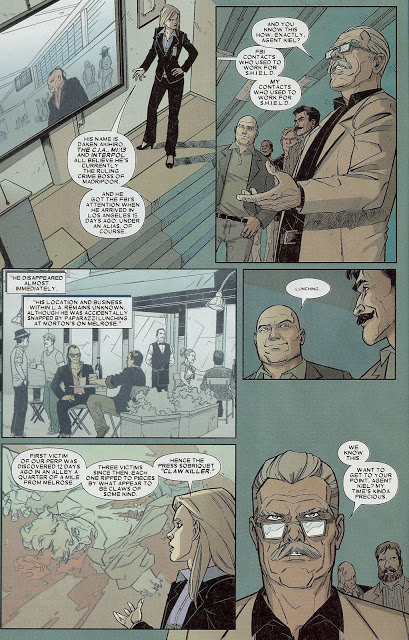 Plus, there are certain points where the art does something incredibly neat.

Daken gets introduced to the drug, “heat,” by his new movie-star lover Marcus Roston (Daken is bisexual) and something incredible happens—it can beat his healing factor. 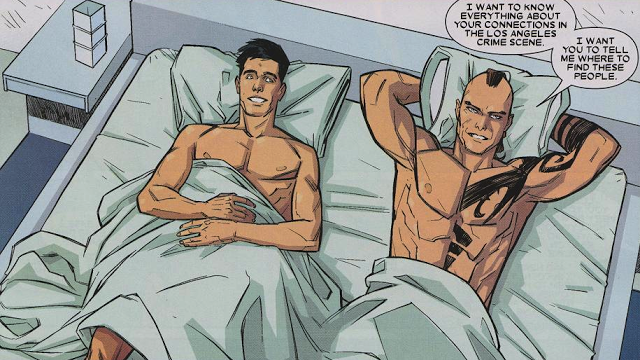 Also, it results in art that is unbelievably cool. Everything gets all abstract and scary, staying slightly recognizable but also warping and gaining surreal colors. We really feel like we’re going on the drug trip with Daken. 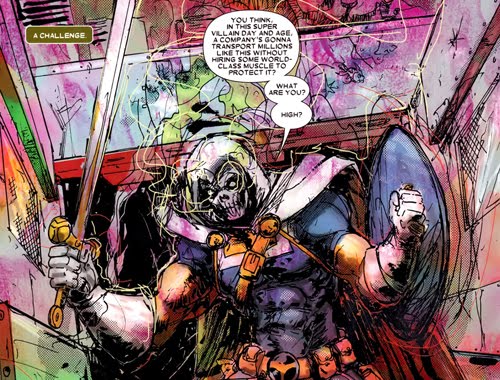 So, within this comic we get to witness Daken coming out to LA, the art getting wacky when he takes a new drug, some crazy action from an armored car robbery, and I didn’t even mention there is a mystery of people dying from sharp claws that makes Daken suspect number one—with it not helping that the heat drug makes him black-out.

All of this happens, and writer Rob Williams juggles it perfectly, dedicating just enough time to each aspect of the story and giving us a great story. 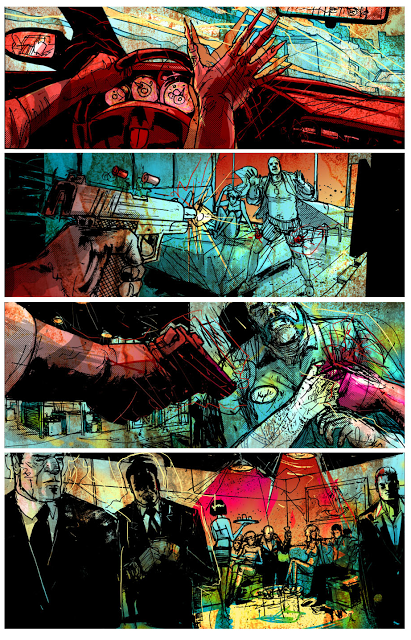 Even though this picks up with the #9.1 issue it really is a great starting point to read the series—and if you like this trade you should pick up the other two hardcovers that finish out the series (with trade versions coming out soon of course if you don’t mind waiting).

Rob Williams took a character that just wasn’t working for me and made his most annoying attributes the best.

By simply having the character believe all the hype about himself but showing us readers how fake it was instead of trying to have us buy into it too, something special was made. Perhaps because it was so special it only lasted as gloriously as it did to issue 22. That just makes it easy for you to read all the issues though. I bet you’ll want to after diving into this first trade and hopefully getting as much enjoyment out of it as I did. 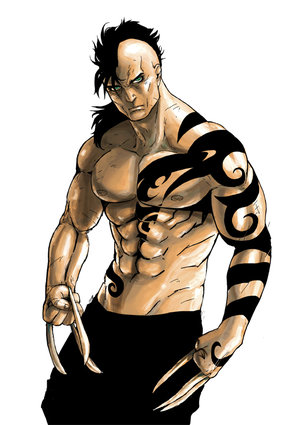 Alas, Daken, your series was too awesome to live.

In this article:Book/Comic Review, DC Comics, Written by David Bitterbaum