Eli Roth has proven himself to be a fairly versatile filmmaker, especially when it comes to implementing new styles, something he’s done with all three features that he’s directed.

I find it strange that horror fans don’t notice the fact the stylistic differences in Cabin Fever, Hostel and Hostel Part 2.

Call me biased, but if you looked up the encyclopedia definition of “head up own ass,” you’d probably find a picture of someone on a horror forum hating an Eli Roth film. “His movies suck.”

That’s cute of you, horror fans.

I imagine you wake up every morning and think, “A new day?! The hell is this? Why can’t it be yesterday? I liked yesterday!”

Before I get into my reasoning as to why I’m ridiculously excited for The Green Inferno, let me elaborate on the first and second sentences of this article.

Cabin Fever was purely American in its style, a little Sam Raimi, a Tobe Hooper sense of humor and a dash of Romero. A thing to remember is that Roth never copies other directors outright. He may pay homage to their films, but he seems to be more influenced the genres and the styles of those genres than by specific people.

Hostel was very Asian in its “methods.”

The creation of the film itself is obviously a response to the revolutionary wave of horror and extreme cinema coming from overseas. It feels very much like a Park Chan-wook film, with the torture sequences being played out like something you’d see from Takashi Miike (who makes a cameo in the film.)

In Hostel Part 2, we get a different kind of atmosphere, one that’s very Italian, and the killing sequences become much more Grand Guignol-ish, more elaborate and theatrical.

Compare the killing of Josh from the first Hostel to the killing of Lorna in Hostel Part 2. There’s an obvious difference here. And while the killings tend to lean toward a more vicious kind of Argento in Hostel Part 2, Ruggero Deodato (director of Cannibal Holocaust, and Live Like A Cop, Die Like A Man, a film I just saw. Holy shit, it was good) makes a cameo as a cannibal.

I could go on for awhile, dissecting the differences between the first and second Hostel films, but then I wouldn’t have the chance to geek out about an upcoming cannibal film that no one knows hardly anything about. 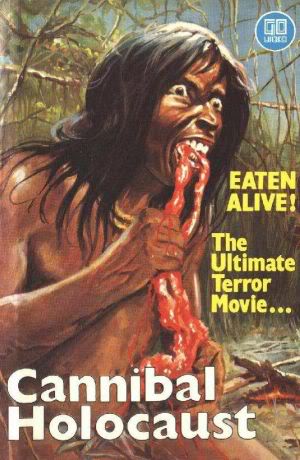 I think the world is ready for a more straightforward cannibal film.

In horror, it doesn’t usually get more straightforward than a person who decides to eat other people, but for some reason, cannibalism has been relegated to being a twist. We know that the family murders people. Turns out that they’re cannibals too! This isn’t a jab at The Texas Chainsaw Massacre, but there’s not a lot of umph behind revealing that someone cooks their victims for later consumption anymore. It’s kind of a stale icing on the cake now, especially if the movie wasn’t that good to begin with.

I’m hoping that, in The Green Inferno, if it does end up being a cannibal movie, we know they’re cannibals from the beginning.

That way, Roth doesn’t have to worry about making the audience gasp in surprise when they learn that the tree people enjoy feasting on the ground people. I want it to be utterly relentless.  A violent rollercoaster that, in the end, leaves you wondering about the morals of man, along with the morals of the director.

I’m not talking gore for the sake of gore.

I’m talking gore used in a way that makes you uneasy. I want scenes that play back in your mind over and over. Scenes that you can’t stop telling people about. Scenes that force the old line from the original Chainsaw Massacre trailer into the light again.

Once you stop screaming, you’ll start talking about it. 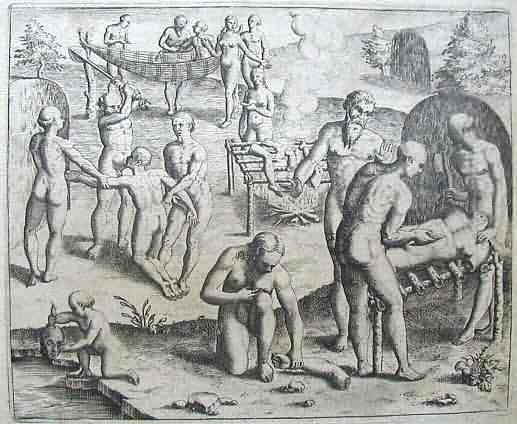 A big theme in Roth’s films has been the evil that men do.

A cannibal movie is a great way to expand on this theme and take it in a new direction. Is it evil when a tribe of cannibals kill and eat other men? Or is it just, in a sick sense, tradition? Can you see it as murder, or something more naturalistic, like an avalanche or a shark attack? What are the specificities of calling something “evil?” The Green Inferno can develop all of these questions.

Roth previously talked of doing a movie based around his Grindhouse short, Thanksgiving, and a sci-fi/monster film called Endangered Species.

While I would dig both of these ideas, I think The Green Inferno is a much better choice to go with, whether it is more based on his own choice or a studio’s influence.

Films like the Hatchet series are doing in full-length form what the Thanksgiving trailer paid homage to.

And personally, I’d rather see Roth do a cannibal movie than a science fiction film right now. That’s my own personal bias. I don’t really have any logical reasoning for it.

I’m fully behind The Green Inferno.

I think a film that leans in the sort of 70’s/80’s exploitation style is the perfect project for someone like Roth. Or maybe it’s just perfect for me.

Cannibal films are a necessary part of every balanced breakfast.

See what I did there? Because cannibals eat people and I referenced breakfast.

Oh yeah, you get it.