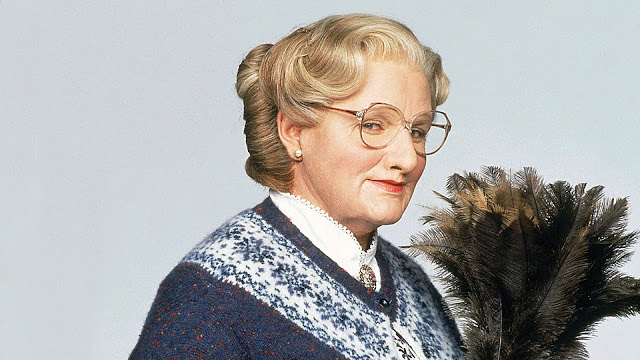 I know that loads of people enjoyed Mrs. Doubtfire a great deal and feel as if it is the pinnacle of Robin Williams’ acting ability, but personally, it freaked me out a bit.

I mean the dude dresses up like a grandma to be with his kids and it doesn’t seem to faze the viewing public one little bit that this is kinda borderline psychotic.

I mentioned this once to a friend of mine who told me “Yeah, it’s sort of fucked-up but it’s a comedy so his behavior is acceptable. It’s all about how they cut the film”.

And you know what? She was right.

Because now that this flick has been all horror-induced, it really is a creepy movie and I’m kinda weirded out.

But that isn’t going to stop me from watching it about a half-dozen more times.