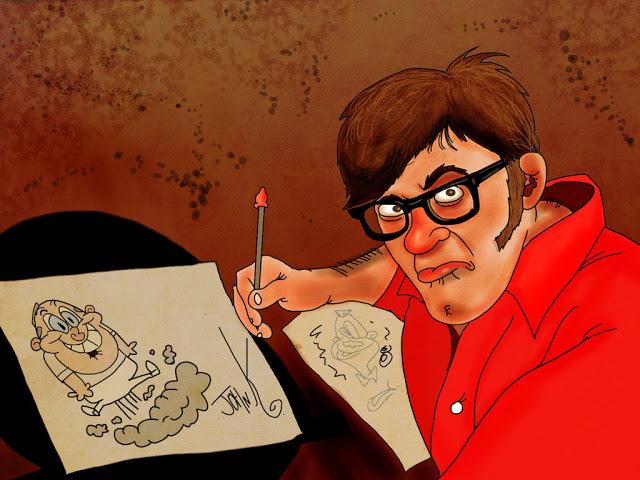 Before I begin let me admit something up front, I don’t wear designer labels.

It’s not because I have anything against them per se, it’s just that if I’m about to throw down some serious coin for something I’m only going to spill tomato sauce on, then that something better be the hollowed out body of Ryan Gosling.

But I happen to like artist/cartoon weirdo John K so maybe (I said maybe) I would be willing to buy one of his shirts from Stussy.

But I’ll probably just watch his animated ad for the company a few dozen times instead.