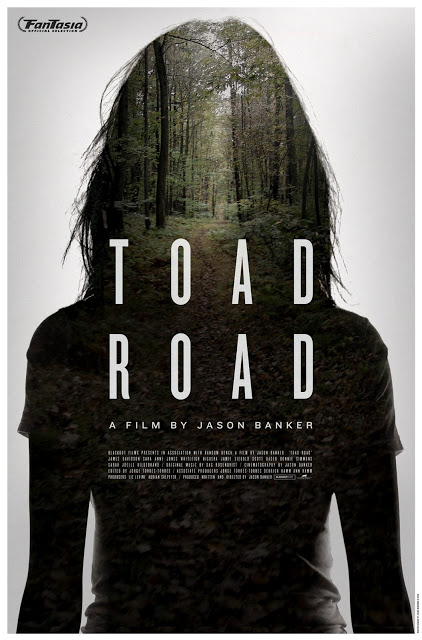 “I’m excited to premiere Toad Road at Fantasia International! It is great to be recognized by a festival that supports transgressive and outsider cinema,” says Banker.

“Toad Road” will join other anticipated independent films announced earlier this month, including “Chained,” starring Vincent D’onofrio, Eamon Farren and Julia Ormond; “Sushi Girl,” starring Mark Hamill and Tony Todd; and an expanded documentary film lineup that includes “We are Legion: The Story of the Hacktivists,” a standout at SXSW, Hot Docs and Slamdance; and “My Amityville Horror,” Daniel Lutz’s account of the infamous Amityville haunting that terrified his family when he was just 8 years old.

“Jason Banker has crafted an exceptional film that we are proud to bring to Fantasia,” says Levine.  “He is among the finest New York filmmakers of his generation,” adds Salpeter.

The Fantasia Festival kicks off July 19 and continues through Aug. 7 in Montréal, Canada, with the Fantasia Film Market making its debut from July 26-29, 2012. For more information on the festival and “Toad Road” screenings go to www.fantasiafestival.com. For more information on “Toad Road” visit www.randombench.com or follow us on Twitter @toadroadmovie.

ABOUT RANDOM BENCH PRODUCTIONS
Random Bench is a film and television production company and creative agency with the primary objective to produce and market commercially viable original productions with an international appeal. The company is in pre-production on VOWS & RITES, a comedy about beginnings, endings and the rituals that mark them.  Random Bench is also developing a slate of film and television projects including the feature film HOW TO BREAK UP WITH YOUR MOTHER with the support of The Canadian Film Centre, Telefilm Canada and Just for Laughs, and a ½ hour television project based on the novel 5150: The Magical Adventures of a Single Life with Original Film (SAVE ME, THE BIG C) & Sony Pictures Television.

ABOUT THE FANTASIA INTERNATIONAL FILM FESTIVAL
Since its inception in 1996, the Fantasia International Film Festival is now recognized as the biggest and most important event of its kind in North America, a leader on the genre film scene and one of the country’s most popular film festivals. With a varied programming and an emphasis on the imaginative cinema of Asia, Europe and the Americas, Fantasia’s offerings range from unique and powerful personal visions to international commercial crowd-pleasers rarely seen in North-America.